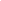 Facility coordinator Roberto Corsini shows off a 40-meter linear particle accelerator at CERN which could push the boundaries of cancer treatment. (Photo courtesy of Agence France-Presse)
The European Organization for Nuclear Medicine (CERN) and Lausanne University Hospital (CHUV) in Switzerland are developing a high-energy particle accelerator that they say may hold the potential to destroy one-third of cancers.

The solution would apply very high energy beams of electrons in radiation therapy to zap away hard-to-reach tumors using FLASH therapy, which applies ultrahigh doses of radiation in a few hundred milliseconds.

They are designing the new model to treat deep-seated cancerous cells; ones that are close to sensitive organs, such as brain tumors; or those that are radioresistant and typically require higher doses.

To do this, it must be able to accelerate electrons above 100 million electron volts (MEV), say the researchers. CERN and CHUV are designing the system to accelerate them to 100 to 200 MeV.

"It's the ones that we don't cure at the moment that will be the target,” professor Jean Bourhis, head of CHUV's radiology department, told AFP, according to Euronews Next. “And for those particular cancers, which may be one-third of the cancers, it could be a game change.”

The use of high-energy electron beams is expected to extend the reach of the radiation and allow the electrons to penetrate much deeper tumors, including ones that are typically fatal.

Because the system has a 40-meter metal beam and tubes packed with aluminum foil and a wide range of measurement instruments, protruding colorful wires and cables, fitting it inside the hospital will be a challenge.

To remedy this, the researchers are designing a more compact prototype that is around 10 meters. Facility coordinator Roberto Corsini, for CERN's CLEAR Lab, says this version "reduces the cost, reduces power consumption and variability, and you can easily put it into a hospital without having to build a whole building."

Its construction will start in February 2023, with clinical trials set to begin in 2025.