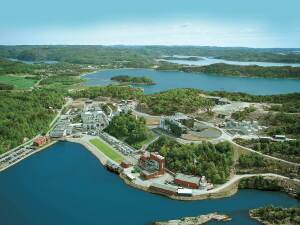 The company projects that iodinated contrast media will double in use over the next 10 years and will use the sum to expand its manufacturing capacity at its Active Pharmaceutical Ingredients (API) facility in Lindesnes, Norway by 30%.

Operating since 1974, the 100-acre site employs 450 individuals who use multiple chemical pharmaceutical processes to convert iodine into finished iohexol and iodixanol API, which are used in over 100 million doses of GE’s iodinated contrast media that are administered to patients annually for CT and X-ray exams. This is equivalent to three exams every second.

In addition to its investment in Norway, the company recently opened a new production line at its fill and finish facility in Cork, Ireland in October, and partnered with SQM, a Chile-based mining company that manufactures iodine, a key ingredient in contrast media products.

All three initiatives and others are part of GE's plan to be able to provide enough contrast media to administer 30 million additional doses to patients annually by 2025.

“This investment in capacity expansion at our Lindesnes facility is another example of how we, as an industry leader, are addressing this growing demand to meet the needs of our customers and their patients across the globe,” said Kevin O’Neill, president and CEO of GE Healthcare Pharmaceutical Diagnostics, in a statement.

The company temporarily increased production at its Irish facility earlier this year after being forced by COVID-19 lockdowns to close its facility in Shanghai where all concentrations of its Omnipaque (iohexol) tracers are produced. The Irish site covered about 20% of normal supply to customers.

The shutdown led to a global shortage in contrast media that lasted months, even after the Shanghai site reopened. In the U.S., where roughly half of U.S. hospitals depend on it for contrast media supplies, hospital and healthcare groups urged staff to ration and prioritize existing supplies.

All stages of its contrast media production are performed in accordance with current Good Manufacturing Practices, and managed entirely by GE Healthcare. They support patient imaging procedures in over 130 countries globally.