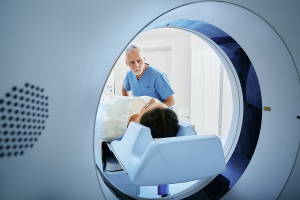 Following China’s March 2022 COVID-19 lockdowns in Shanghai, GE temporarily closed its factory there, where all concentrations of its Omnipaque (iohexol) tracers are produced, significantly building up a worldwide shortage of contrast media.

While the factory has since reopened and is operating at full capacity again, the effects of the shutdown still linger, with the availability of contrast media limited globally.

One of the largest producers of iodine, a key ingredient in contrast media products, Sociedad Quimica y Minera de Chile S.A. (SQM) dedicates 24% of its production process to making the substance, and will provide GE with an alternative source of production to combat the current and future shortages, according to Pablo Altimiras, executive vice president of Iodine and Nitrates at SQM.

GE Healthcare Pharmaceutical Diagnostics develops and manufactures imaging agents that are used in over 100 million procedures annually, which is equivalent to three exams every second. All stages of production are performed in accordance with current Good Manufacturing Practices (cGMP).

In addition to partnering with SQM, GE has invested $30 million in a manufacturing line at its contrast media production facility in Cork, Ireland. The line opens in October.

During the shutdown, the company relied on its Irish facility to produce iodinated contrast media to prevent delays. It also prioritized existing supplies for critical cases.

Radiologists came up with guidelines that suggested alternative imaging methods, emphasizing “case prioritization” and “short-term strategies” around the use of iodinated contrast media.

Companies like Bayer were able to assist by securing FDA permission to distribute foreign-labeled contrast media in the U.S.