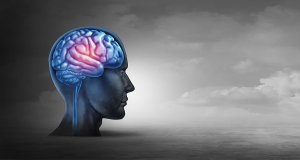 PET scans can identify symptom-free patients at risk of developing Alzheimer's disease in the near future.
Using PET scans, researchers at Lund University in Sweden have identified patients likely to develop Alzheimer’s disease before they even begin to show symptoms.

The study was carried out among 1,325 participants from Sweden, the U.S., the Netherlands and Australia. If validated in follow-up studies, the approach could make it easier to identify and prevent or slow down cognitive decline in the early stages of the disease with new drugs like Lecanemab that have produced positive outcomes in clinical trials.

“In combination with physical activity and good nutrition, one would then have a greater chance of preventing or slowing future cognitive impairment,” said Oskar Hansson, senior physician in neurology at Skåne University Hospital and professor at Lund University, in a statement.

In Alzheimer’s disease, changes in the brain occur ten to twenty years before patients exhibit clear symptoms. Only when the tau begins to spread and kill the nerve cells, do they start showing signs of cognitive decline. This makes diagnosing the disease early difficult.

“When both beta-amyloid and tau are present in the brain, it can no longer be considered a risk factor, but rather a diagnosis,” said Rik Ossenkoppele, the first author of the study and a senior researcher at Lund University and Amsterdam University Medical Center.

Earlier this year, Yale researchers used PET imaging to prove that the destruction of brain synapses are responsible for cognitive decline in Alzheimer’s patients. This confirmed what scientists have assumed for many years — that the loss of connections between brain cells causes symptoms, including memory loss.

Researchers in the Memory Disorders Clinic at the VA Boston Healthcare System also used amyloid PET scans to rule out the disease in veterans with memory loss, to ensure they received appropriate long-term clinical care.

“More research is needed before treatment can be recommended for people who have not yet developed memory loss”, said Hansson.

The study was published in Nature Medicine.