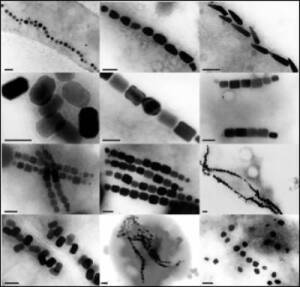 A new way to track cells
Mammalian cells can produce tiny magnetic nuggets after a single gene from bacteria is introduced into the body, scientists have found.

"The gene, MagA, could become a valuable tool for tracking cells' movement through the body when using MRI's," says Xiaoping Hu, PhD, professor of biomedical engineering at Emory University and the Georgia Institute of Technology.

"We have found a very simply way to make mammalian cells have a magnetic signature, " Hu says. His study has been published in the June issue of Magnetic Resonance in Medicine.

The gene, MagA, comes from so-called "magnetotactic bacteria," which can sense the Earth's magnetic field. It encodes a protein that transports dissolved iron across cell membranes. When put into animal cells, MagA triggers the accumulation of lumps of iron oxide a few nanometers wide, making the cells prominently visible under MRI.

Hu's team tested MagA's effects in human kidney cells. He and his colleagues found that the bacteria appear to be non-toxic and safe to use.

"MagA can be thought of as the equivalent of green fluorescent protein, often used in MRIs," Hu says.

Scientists around the world use green fluorescent protein, originally found in jellyfish, to map the connections of the nervous system or follow the migration of stem cells around the body.

Hu says he anticipates that MagA could be used for similar applications and has an advantage over the fluorescent protein since it can penetrate tissues more easily than light.