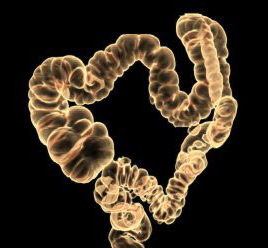 Approximately 16 percent to 20 percent of patients with colorectal cancer have a first-degree relative with the disease.

In the general population, there is a 5 percent to 6 percent chance of developing colon cancer and this risk is doubled in those with a familial link to the disease, Jennifer A. Chan, M.D., M.P.H. of the Dana-Farber Cancer Institute in Boston told DOTmed.

However, the chance that the tumor will return is 28 percent less in those with a familiar link than in those who have no family history of the disease, she says.

Dr. Chan says this finding did not surprise her as she had hypothesized that patients with a familial link to the disease have a better prognosis.

But while she had seen some hereditary forms of colon cancer in which patients had a favorable prognosis, she had only anecdotal evidence to back up her hunch.

To prove her hypothesis, she and her and colleagues examined 1,087 patients with stage III colon cancer who had undergone surgery and were receiving chemotherapy. She followed them for five and a half years.

And when she looked for just the risk for cancer recurrence, she found that patients with a family history of the disease had a 26 percent reduced risk compared to others during the time they were followed.

She says that the form of colorectal cancer linked to family history behaves differently because of something biologic, "but we just don't know what it is."

In a JAMA editorial, Boris Pasche, M.D., PHD, of the Northwestern University Feinberg School of Medicine, Chicago and contributing Editor, JAMA, commented on the results of the study.

He said that if these findings are validated in future studies, family history may become a new prognostic factor in treating colon cancer. He said tumor gene expression profiling studies would have to be conducted to see which tumors respond to chemotherapy and which do not.