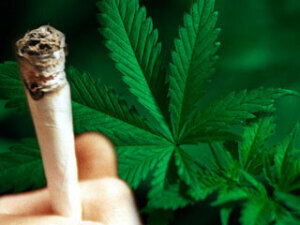 Marijuana relieves
neuropathic pain
Newswise - In a double-blind, placebo-controlled clinical trial to assess the impact of smoked medical cannabis, or marijuana, on the neuropathic pain associated with HIV, researchers at the University of California, San Diego School of Medicine found that reported pain relief was greater with cannabis than with a placebo.

The study, sponsored by the University of California Center for Medical Cannabis Research (CMCR) based at UC San Diego, was published online August 6 in the journal Neuropsychopharmacology.

Led by Ronald J. Ellis, M.D., Ph.D., associate professor of neurosciences at UCSD School of Medicine, the study looked at 28 HIV patients with neuropathic pain not adequately controlled by other pain-relievers, including opiates. They took part in the controlled study as outpatients at the UCSD Medical Center.

The proportion of subjects achieving pain reduction of 30 percent or more was greater for those smoking cannabis than those smoking the placebo.

"Neuropathy is a chronic and significant problem in HIV patients as there are few existing treatments that offer adequate pain management to sufferers," Ellis said. "We found that smoked cannabis was generally well tolerated and effective when added to the patient's existing pain medication, resulting in increased pain relief."

The study's findings are consistent with and extend other recent research supporting the short-term efficacy of cannabis for neuropathic pain, also sponsored by the CMCR.

"This study adds to a growing body of evidence that indicates that cannabis is effective, in the short-term at least, in the management of neuropathic pain," commented Igor Grant, M.D., professor of psychiatry and director of the CMCR.

The CMCR coordinates and supports cannabis research throughout the state of California. Research focuses on the potential medicinal benefits of cannabis for diseases and conditions as specified by the National Academy of Sciences, Institute of Medicine Report (1999) and by the Workshop on the Medical Utility of Marijuana, National Institutes of Health (1997).

Grant noted that this is the fourth CMCR sponsored study to provide convergent evidence that cannabis can help in relieving these types of pain.