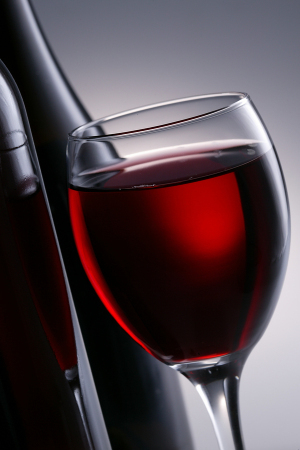 Chao looked at demographic and lifestyle data from 84,170 Kaiser members aged 45 to 69, who were enrolled in Kaiser's California Men's Study between 2000 and 2003. She identified 210 cases of lung cancer. Chao measured the effect of beer, red wine, white wine and liquor consumption on the risk of lung cancer. She found there was a 2 percent lower lung cancer risk associated with each glass of red wine consumed per month. There was no benefit noted for consumption of white wine, beer or liquor.

The most substantial risk reduction was among smokers who drank one to two glasses of red wine per day. Chao reported a 60 percent reduction in lung cancer risk in these men. She warned men who smoke to quit and told DOTmed that smoking increases the risk of lung cancer by 10 percent, while red wine's protective benefit is roughly half that. She also urged men not to become heavy drinkers, even of red wine, because heavy drinking often causes serious health problems.

Commenting on red wine's benefits, Chao says that basic research has shown that red wine has a very high component of resveratrol, which comes from grape skins.

In mice that were given resveratrol supplements, the compound retarded lung cancer growth and also induced lung cancer cells to commit apoptosis, she says. Apoptosis refers to cancer cells that are induced to self-destruct. The new biological drugs, like Velcade for multiple myeloma, are being engineered to perform this critical function.

Chao says that in the near future, she'll be looking at how drinking red wine affects prostate, colorectal and perhaps bladder cancer.

Her study was published in the October issue of Cancer Epidemiology, Biomarkers & Prevention, a journal of the American Association for Cancer Research.