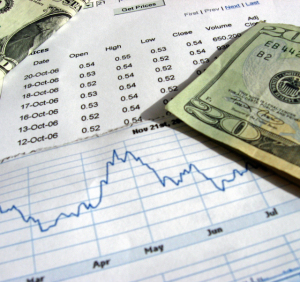 Global markets affect
healthcare industry leaders
Royal Philips Electronics NV reported that profits climbed by 11 percent for the third quarter 2008, as a result of a one-time gain from the sale of shares it held in another company. However, shares in the Dutch conglomerate fell 3.2 percent to $20.49 (15.27 Euros) in October because of concerns that its medical equipment business would not be protected from the broader economy, which is careening toward a worldwide downturn. This compares with the Dutch stock exchange AEX, which climbed more than 10 percent.

The earnings included a one-time gain of $409 million (302 million Euros) from the sales of shares in Taiwan Semiconductor Manufacturing Company, offset by charges of $350 million for settling asbestos claims in the US.

Commenting on the medical equipment business, chief financial officer, Pierre-Jean Sivignon said some health care customers had begun postponing or canceling purchases in the last weeks of the third quarter. "We saw a slowdown, almost a freeze in some product categories in the orders," he said on a conference call with analysts. He said it was "largely a US phenomenon" but the company was preparing for a global downturn.

Analysts said the biggest drop was in the health care division, which performed worse than the market had expected in terms of sales and profit margins. Lighting sales and earnings were also worse than analysts expected.

Margins at Philips' consumer products were improving after it licensed its US television brands to China's Funal Electric Co. Ltd. in April.

Philips said in a statement it would cut costs and invest more in emerging markets to offset the economic downturn.

Siemens experienced sustained growth in the third quarter. Healthcare profits were $415.36 million (326 million Euros) compared to $391 million, (307 million Euros) in the third quarter a year earlier. The company reported that its profit margin was influenced by adjustment effects and integration costs associated with acquisitions in the diagnostics division, including the acquisition of Dade Behring Holdings.
1(current)
2