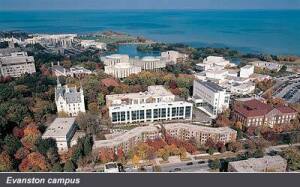 The funding allows scientists to examine the economic and social impact of diagnostic and therapeutic medical devices in treating diseases and chronic medical conditions.

"Health issues reduce the quality of life for millions of Americans while [putting] a heavy economic burden on both patients and the health care system," said InHealth executive director Martyn Howgill.

He said this is the third round of grants awarded since InHealth began funding research in 2005.

Findings from this new round of research, expected in 2009 and 2010, include the following:

An estimated 28 million people in the U.S. have a hearing impairment and it is predicted that by 2025, about 60 million people over age 65 will be hearing impaired. To better address previously reported underutilization and poor compliance of hearing aid use, Johns Hopkins University was awarded a one-year grant of $200,000 to study the economic value of hearing aids and associated technologies.

The research team will survey patients about their preferences in hearing aids and estimate the economic and quality-of-life repercussions that come from having a huge population of seniors who are using hearing aids.

The research team will compare patients who use insulin pump therapy to patients using injection insulin therapy. Researchers expect to draw conclusions about how the ability to control glucose using a pump rather by injection enhances patient life-style.

According to the Institute of Medicine, as many as 6 million Americans suffer from obstructive sleep apnea, a severe sleep disorder that can lead to obesity, diabetes, stroke and depression.
1(current)
2