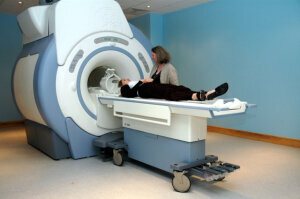 3T MRI
MRI of the wrist at 3T is an effective way to detect wrist ligament tears and in some cases can help patients to avoid more invasive arthroscopy, according to a study performed at Neuroskeletal Imaging in Merritt Island, FL.

"The resolution with 3T MRI is good. We are able to see the small ligaments a lot better and determine whether or not they are torn," said Thomas Magee, MD, lead author of the study. "3T MRI is beneficial to both the patient and the physician. If there is a problem, it provides a road map for the physician to use during surgery and eliminates any type of surgery for those who have normal findings. We are able to see bone bruises, cysts and other things that may be pain generators instead of ligament tears," he said.

Ligament tears are very common in people over the age of 40. Approximately 40% of all people over age 40 have some type of ligament tear, Dr. Magee said. He added that trauma, wear and tear and degeneration can cause tearing of the ligaments.

"If surgery is being contemplated, I advise people to have an MR scan to determine the cause of pain before arthroscopy," Dr. Magee said.

This study appears in the January issue of the American Journal of Roentgenology.

The American Roentgen Ray Society (ARRS) was founded in 1900 and is the oldest radiology society in the United States. Its monthly journal, the American Journal of Roentgenology, began publication in 1906. Radiologists from all over the world attend the ARRS annual meeting to participate in instructional courses, scientific paper presentations and scientific and commercial exhibits related to the field of radiology. The society is named after the first Nobel Laureate in Physics, Wilhelm Röentgen, who discovered the x-ray in 1895.