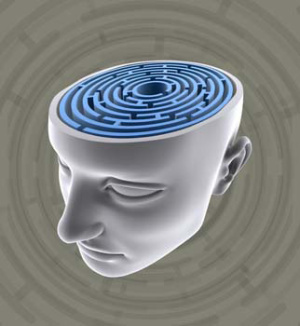 Brain Fitness
A large-scale USC and Mayo Clinic study is the first to link a commercially available software program to improvement on unaffiliated standard measures of memory and to better performance on everyday tasks.

Study results to be published in the April 2009 issue of the Journal of the American Geriatrics Society show that computerized brain exercises can improve memory and lead to faster thinking.

Prior studies have shown that older adults perform better on cognitive tests after repeatedly practicing those tests, but this large-scale study is the first to link a commercially available software program to improvement on unaffiliated standard measures of memory and to better performance on everyday tasks.

The Improvement in Memory with Plasticity-based Adaptive Cognitive Training (IMPACT) study was funded by the Posit Science Corporation, which owns the rights to the Brain Fitness Program, tested in the study.

Elizabeth Zelinski, PhD, of the USC Davis School of Gerontology and Glenn Smith, PhD, of the Mayo Clinic were principal investigators on the study, published with colleagues from the University of California, San Francisco, Stanford, and California State University, Los Angeles.

Of the 487 healthy adults over the age of 65 who participated in a randomized controlled trial, half used the Brain Fitness Program for 40 hours over the course of eight weeks. The Brain Fitness Program consists of six audio exercises done on a computer, and is intended to "retrain the brain to discriminate fine distinctions in sound, and do it in a way that keeps the user engaged," Zelinski explained.

The other half of participants spent an equal amount of time learning from educational DVDs followed by quizzes.

Those who trained on the Brain Fitness Program were twice as fast in processing information with an average improvement in response time of 131 percent. The active control group did not show statistically significant gains, the researchers found.

According to the researchers, participants who used the Brain Fitness Program also scored as well as those 10 years younger, on average, on memory and attention tests for which they did not train.

Many participants also reported significant improvements in everyday cognitive activities such as remembering names or understanding conversations in noisy restaurants.

"The changes we saw in the experimental group were remarkable - and significantly larger than the gains in the control group," Zelinski said. "From a researcher's point of view, this was very impressive because people got better at the tasks trained, [and] those improvements generalized to standardized measures of memory and people noticed improvements in their lives. What this means is that cognitive decline is no longer an inevitable part of aging. Doing properly designed cognitive activities can enhance our abilities as we age."

"This study has profound personal and public implications for aging baby boomers and their parents," said Joe Coughlin, PhD, Director of the AgeLab at the Massachusetts Institute Technology. "This means boomers may now have tools for a future that is not their grandfather's old age. It also impacts most aspects of independent living -- from aging-in-place to transportation to all the great and little things that we call life. This is big news for aging and for all of us."

The multi-site IMPACT study is the largest study ever of a commercially available brain-training program.