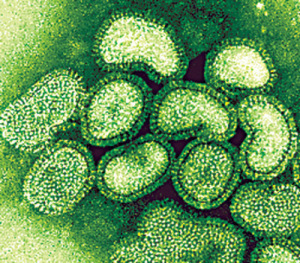 The findings, published online in Emerging Health Threats Journal, raise concerns about the ability of hospitals to adequately treat this vulnerable population, particularly in light of the current H1N1 flu outbreak.

"Although it is not clear how well modern medicine will be able to prevent devastation during a large-scale infectious disease outbreak, it is widely recognized that advance planning may lessen the negative impact," said study author Richard Beigi, M.D., Department of Obstetrics, Gynecology and Reproductive Sciences at Magee-Womens Hospital of UPMC. "This is especially important for pregnant women, fetuses and neonates, all of whom are often left out of national level consideration."

The study was based on an Internet survey of the 12-member Council of Women's and Infants' Specialty Hospitals, a national organization of non-profits that share information and operational data to improve maternity and newborn care. Member hospitals account for over 120,000 deliveries annually. Seven of the nine are free-standing maternity hospitals and the other two are maternity hospitals within large health systems.

"A major concern we found was how to ethically ration limited medical resources when faced with too many patients and not enough medical supplies and personnel," said Dr. Beigi, who is an assistant professor in the Department of Obstetrics, Gynecology and Reproductive Sciences, Division of Reproductive Infectious Diseases and Immunology, University of Pittsburgh School of Medicine.

He added, "Although 56 percent of hospitals report that they have begun to address this issue, none have any formal plan yet in place. Another complicating factor is that despite the likelihood that this population will have an increased susceptibility to influenza during a pandemic, little data exist on the safety of vaccines and treatments to combat infectious disease in pregnant women and newborns."

The encouraging news is that 78 percent of the hospitals that responded have formal written plans in place to address communications, a surge in patient volume and possible degradation of non-essential medical services. All facilities planned to provide care to their own employees despite the potential for significant shortages of both personnel and supplies, and 56 percent of the hospitals planned to provide augmented day-care services for employees' children to help workers continue to work.
1(current)
2