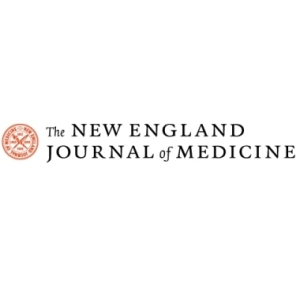 A new study is a setback
for stent makers
In a boon to patients but a setback to stent makers, a New England Journal of Medicine study has found that diabetics with stable heart disease fare just as well on medicine that opens blocked arteries as they do when undergoing angioplasty or bypass surgery.

Still, patients with more severe disease should have surgery as soon as possible, according to the NEJM study, presented at the American Diabetes Association (ADA) in New Orleans Sunday.

While this is good news for patients, it is another setback for stent-makers such as Johnson & Johnson and Boston Scientific, whose U.S. sales dropped after a study two years ago found stents were no better than drugs at preventing death and heart attacks in all types of heart patients.

Another surprising result to come from the study is that two methods of treating type 2 diabetes--either increasing the level of insulin or lowering the body's resistance to its own insulin with drugs such as metformin or GlaxoSmithKline's Avandia (rosiglitazone)--do not increase the risk of heart attack. Until now, both drugs had been suspected of doing so.

Dr. Richard Orchard, lead author of the trial, told the ADA meeting that this is an important study, considering that more than 65 percent of people with diabetes die from heart disease or stroke.

In a NEJM editorial, Dr. William Boden of the University at Buffalo, said physicians should question why so many diabetics still get angioplasty.

"The continued high rate of use of (angioplasty) (1.24 million procedures per year in the U.S.) and the high rate of drug-eluting stent usage strongly suggests that we critically reassess our approach to revascularization, if needed, in diabetics with coronary disease," Boden wrote.

The study recruited 2,368 patients who either received angioplasty, usually with a stent and drugs, or received medicine alone. It found no difference in the rates of death, heart attack or stroke between the two groups of patients, after five years.

The study also looked at the risks and benefits of two methods for controlling blood sugar in patients with type 2 diabetes, in which people lose the ability to process insulin.

One group took insulin injections or drugs known as sulfonylureas that raise insulin production. The other group received insulin-sensitizing drugs like metformin or drugs known as glitazones, which include Avandia or Takeda Pharmaceutical Co's pioglitazone, whose brand name is Actos.

Dr. Richard Orchard, lead author of the study, said about 60 percent of patients in the insulin-sensitizing group took rosiglitazone or Avandia. He said there was no increased risk of heart attacks among patients in this group.