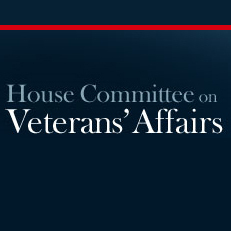 House Committee on
Veterans’ Affairs
Hon. Harry E. Mitchell (D-AZ), Chairman, House Veterans' Affairs Oversight and Investigations Subcommittee, called for more centralized control of the veteran's health system and expressed outrage over recent cases of veterans who may have contracted diseases through reported improper reprocessing of medical equipment. The Committee hearing on the matter was held June 16. (See our prior coverage at DM 8830 and DM 8928).

The hearing focused on VA reports of improper reprocessing, incorrect usage, and substandard cleaning of endoscopic equipment at facilities in Murfreesboro, Tennessee; Augusta, Georgia; and Miami, Florida. The hearing also focused on the findings of a recently released VA Office of Inspector General (OIG) report following unannounced visits to more than 42 facilities operated by the Veterans Health Administration (VHA).

VHA employees exposed veterans to possible harm by using a wrong valve, not cleaning parts of endoscopic equipment correctly, using the wrong disinfectant to clean equipment, failure to reprocess the flush tubing leading to the scopes correctly, and connecting water tubing in the middle of procedures and not in the beginning. All mistakes were human error due to lack of enforcement of proper procedures, according to the Committee.

"Exposing our veterans to that type of risk is unacceptable, and frankly I'm outraged at the thought of them having to worry about the possibility of being infected," Chairman Mitchell said. "The VA now has to work to implement standardized procedures and training to ensure mistakes like these will never happen again. It must work harder and longer to regain the trust of the veterans it serves and care for those who have been exposed."

According to Hon. Cliff Stearns (R-FL), 13 veterans have been diagnosed with Hepatitis B, 34 with Hepatitis C, and six with HIV after being treated at the facilities; an estimated 10,000 patients may be at risk of infection.

While it's still unknown if these diseases were contracted because of the improper use and sterilization of the medical equipment, the results of the unannounced inspections by the OIG led to the conclusion that serious management issues need to be addressed by VA hospitals nationwide with respect to industrial reprocesses such as proper disinfection of reusable endoscopes.

In December 2008, staff members at the Murfreesboro, VA Medical Center observed discoloration in the tubing that supplies water to flush the colonoscope during an endoscopic colonoscopy. Realizing the potential dangers associated with contaminated fluid, the staff investigated further and determined two shortcomings:
1(current)
2
3