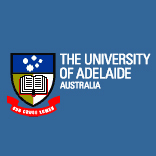 Jane Mathias, Ph.D., and
Jennifer Burke, M.Psych.,
both from the University
of Adelaide, analyzed
81 previously published
studies
Most of the cognitive tests that have been used to decide whether someone has Alzheimer's disease or vascular dementia have not been very helpful when used alone. A new report published by the American Psychological Association concluded that when older people are confused and forgetful, doctors should base their diagnoses on many different types of information, including medical history and brain imaging.

Both Alzheimer's disease and vascular dementia affect learning and memory, behavior and day-to-day function. Even so, they're caused by different problems in the brain and require different medical approaches. It's important to tell them apart accurately, according to a study published in the July issue of Neuropsychology.

Jane Mathias, Ph.D., and Jennifer Burke, M.Psych.(Clinical), both from the University of Adelaide, analyzed 81 previously published studies that compared the cognitive testing of 4,867 people diagnosed with Alzheimer's Disease and 2,263 patients with vascular disease. The average age of study participants was 75.

Of the 118 different tests that were used in more than one study, Mathias and Burke found that only two were able to adequately differentiate between Alzheimer's and vascular dementia.

Even so, whether due to individual variability (people start at different baselines) or possible undiagnosed mixtures of Alzheimer's and vascular disease, there was enough overlap between the two groups to signal the need for more information.

Because of these muddied waters, "the combined picture is what's important, so we need to look at how we can improve diagnosis by combining different measures," Mathias said.

Of note, many commonly used tests--such as Digit Span (repeating a set of numbers forward, backward), verbal fluency (generating words by first letter or category, such as animals), drawing tasks and more--were unable to distinguish between dementia types.

But while these tests may assist in diagnosing dementia, they do not adequately discriminate between Alzheimer's disease and vascular dementia, wrote the authors. Teasing apart different types of dementia is often harder than deciding whether someone is showing cognitive decline in the first place, Mathias said.

Although the two tests that worked best would most reliably contribute to a clinical diagnosis, "all cognitive tests should be used cautiously and only in conjunction with other information (imaging, medical history) when diagnosing patients," the authors said.