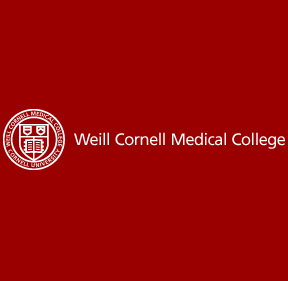 One trial is being
conducted at NewYork-
Presbyterian Hospital/
Weill Cornell Medical
Center
Nerve block trials are underway in several hospitals across the country as an alternative to general anesthesia for breast cancer patients needing mastectomies or lumpectomies.

One such trial is being conducted by Dr. Tiffany Tedore, director of the division of Regional Anesthesia at New York-Presbyterian Hospital/Weill Cornell Medical Center. She is comparing ultrasound-guided nerve blocks with general anesthesia for breast cancer surgery patients to see which approach results in better pain control, fewer side effects and quicker recovery time, Dr. Tedore tells DOTmed News.

"The nerve blocks numb the nerves going to the breast, so the area being operated on is completely numb. Once the breast is numb, the patient only requires light sedation so she is able to breathe on her own," Dr. Tedore says.

She notes that patients have excellent pain control for up to 12 hours after surgery, and older patients have less confusion after nerve block anesthesia.

Patients receiving the regional block can chose to be awake or to be sedated. "Some patients are very upset when having a mastectomy or lumpectomy and chose to be slightly sedated," Dr. Tedore says. "But they don't have to be sedated, because they don't feel any pain."

NewYork-Presbyterian currently offers nerve blocks for most orthopedic procedures, as well as breast cancer and vascular surgeries. Additional surgical procedures will be explored in the coming months, the hospital says.

Nerve blocks involve injecting a local anesthetic along side a specific nerve or nerve bundle. The local anesthetic is absorbed into the nerve, where it blocks sodium channels, disabling its electrical-like action potential. This inhibits pain and causes a lack of sensation.

Dr. Tedore says although the nerve block study is in Phase III trials, which are expected to end in a year, the medicine does not need FDA approval, since it not a new.

She says her goal is to enroll 70 breast cancer patients in the trial; so far she has enrolled half that number.

"Lots of other institutions are doing the same kind of studies as ours," she says. "We're all finding that nerve block is superior to general anesthesia."

Another potentially major advantage of local anesthesia, according to New York-Presbyterian: Preliminary published research indicates that nerve blocks could help prevent the recurrence of cancer.

The theory is that the stress of surgery can weaken the immune system, making recurrence more likely. General anesthesia and opioid-based medications only mask surgical stress. In contrast, nerve blocks work directly on the area of the body where the surgery is taking place. This prevents the surgical stress response, with the result that immune system function is not compromised.