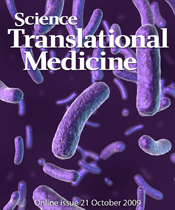 A new journal from
the American Association
for the Advancement
of Science
In a breakthrough that could change the lives of cancer victims, pilots and nuclear power plant workers, researchers might have found a way to protect cells from radiation damage.

However, he says at some point radiation would damage tissue through thermal energy, which this process might not be able to stop.
1(current)
2