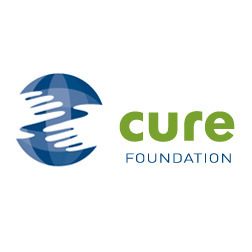 The main goal, he points out, is to create a private health care that is "truly nonprofit....That will create a new paradigm," Suthanthiran tells DOTmed News.

Shelling out some $200,000 from his own pocket to jump-start the foundation, the philanthropist says CURE now looks to donations from anyone and everyone, including the government, companies and citizens.

"The goal is to control costs and reduce the time lag involved in decision making [for product selection]," he says, pointing out that because his company manufactures products, it knows what clinics will need, and it can service and maintain the technology at a low cost.

But that doesn't mean CURE-backed clinics have to turn to Best. The clinics can work with any company for any product.

The first clinic, a cancer clinic, is scheduled to open at the end of the year or in early January, Suthanthiran says. The foundation is revamping a Maryland clinic, which closed down, with upgraded technology and a new team. Suthanthiran hopes that the public will help support the clinic, which right now is being funded by him.

The opening of the Maryland clinic launches the organization's 10-year USA 2020 and Global 2020 plans, which hopes to establish express and mobile clinics and medical clinics that are nonprofit, private, nongovernmental and self-sustaining organizations.

Suthanthiran is currently in talks with neurologist Dr. Fraser Henderson about becoming a member of the organization's board of directors. Henderson and Suthanthiran met as a result of their similar views regarding health care, including giving patients excellent and efficient care.

"This [concept] requires not just the matter of being a good doctor or being a well-trained doctor, but a matter of caring about your patients," Henderson tells DOTmed News.

In order to provide affordable coverage within these CURE clinics, Henderson says it's all about cutting costs, which can largely be done through high utilization of the equipment.

"Technology is expensive, but you can lower [costs] by using it around the clock," he says. "There's no rule that you have to use [technology] between 9 and 5. It should be 6 a.m. to 10 p.m. You should keep the technology busy all the time."

At this point the plan to get future CURE clinics to be able to offer care -- diagnosis, treatment, follow-up -- from the best doctors in an efficient manner is still in the works, but Henderson says "it's doable."

Henderson looks forward to working with Suthanthiran in some capacity as CURE takes shape.

"My goal in life is not to be a public figure, nor is it to make any money out of this, and I don't think money-making is [Suthanthiran's] goal either," says Henderson. "I want to make a profound change in the life of each patient who crosses my path to the extent possible that I can."