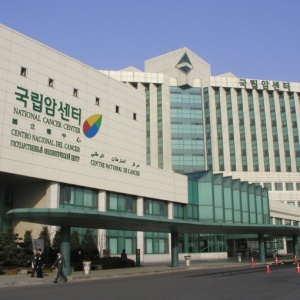 Now the government of South Korea wants a piece of the action and invited DOTmed News and other media outlets and organizations to Seoul to get the word out about the proton therapy center within Korea's National Cancer Center. A press event was held July 8 for the signing of a memorandum of understanding by NCC President Dr. Jin Soo Lee and Charm Lee, president of the Korea Tourism Organization. The MOU is similar to a proclamation lauding the proton program and stating the intent to promote Korea's medical offerings.

"Korea is on the forefront of medical technology and the level of technical skill of our doctors and facilities is top of the world. Korea's time as a tourism destination is coming and people are starting to realize that Korea has a lot to offer and is not a third world country," said Charm Lee. "Patients spend two months for treatment and have an interesting, inspiring, refreshing, and regenerating experience," Lee said of proton treatment in Korea.


According to research firm RNCOS, South Korea received 25,000 foreign patients in 2008, an increase of 56 percent from 16,000 in 2007. The country received a large number of international patients from China, Japan and the Southeast Asian countries. More recently, according to Lee, medical tourism doubled from 2008 to 2009 in Korea mostly for cosmetic surgery and general checkups, which in Korea include a full-body MRI scan. Korea is now targeting patients with more serious conditions from North America, Europe, the Middle East, India, and Russia. The South Korean government is expected to continue its push to promote medical tourism. RNCOS projects the medical tourism market in South Korea will grow at a CAGR of around 30 percent from 2010-2012.
1(current)
2
3
4