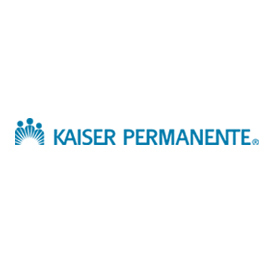 In the weeks leading up to a union vote, nine Kaiser Permanente workers have filed a federal lawsuit against their employer for allegedly providing criminal financial support to the union SEIU - United Healthcare Workers West, according to the National Union of Healthcare Workers (NUHW).

Kaiser Permanente employees will vote in a federally supervised election Sept. 15 on whether to leave SEIU or join NUHW.

The lawsuit claims that Kaiser Permanente violated the Labor Management Relations Act by allegedly paying dozens of Kaiser employees to conduct full-time election campaigning on behalf of SEIU. The federal statute says it is illegal for any employer to "to pay, lend or deliver, any money or other thing of value . . . to any labor organization, or any officer or employee thereof, which represents, seeks to represent, or would admit to membership, any of the employees of such employer."

But as of late Monday night, Kaiser Permanente had not been served this lawsuit, spokesman John Nelson told DOTmed News in an e-mail.

"Kaiser Permanente is aware of the NUHW civil lawsuit, but apart from what we have seen in the press release [Monday], we have not been served, and it would be premature to comment without first receiving and reviewing the suit, and its civil, not criminal, allegations," Nelson said.

An NUHW spokeswoman told DOTmed News that there is no holdup with the lawsuit. The group's attorney said "this is how long it takes and it is totally normal." She also said SEIU's attorney has the lawsuit now.

"The lawsuit appears to relate to the ongoing election dispute between NUHW and SEIU-UHW," said Nelson. "Kaiser Permanente is entirely neutral in this dispute between these two unions. We continue to respect both the terms of our labor agreements and the rights of our employees to choose whether they want to be represented by a union and which union will represent them."

The some 44,000 employees will end the ongoing dispute between SEIU and NUHW next month when they vote on a union to represent them. The battle started several months ago when SEIU took over the local chapter and ousted 80 elected officials, prompting some members to create and join NUHW. While SEIU says it removed the officials for inappropriately using union funds, NUHW says the elected officials legally used those funds to protect members from SEIU attacks, in what has become a he-said-she-said battle.

SEIU spokesman Steve Trossman told DOTmed News earlier this month that the group is confident it will win support from its members come the Sept. 15 vote. The NUHW spokeswoman didn't want to predict the election's outcome.