FDA limits use of Avandia, EU to stop sale of Avandia and related drugs

FDA limits use of Avandia, EU to stop sale of Avandia and related drugs 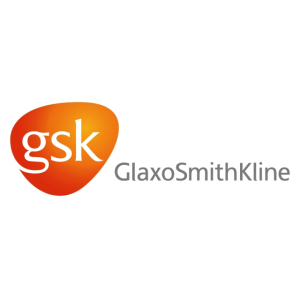 The U.S. Food and Drug Administration announced Thursday that rosiglitazone (Avandia) will stay on the market, but use will be limited to patients with type 2 diabetes that can't be controlled with other medications.

In the European Union, the European Medicines Agency has suspended the marketing authorization for all rosiglitazone-containing medicine, including Avandia, Avandamet and Avaglim, announced the drug's creator, GlaxoSmithKline.

The suspension will remain in place unless the manufacturer can provide convincing data to identify a group of patients whose benefits outweigh their risks of the drug, the EMA wrote.

The group also urged doctors to stop prescribing rosiglitazone-containing medicines and that patients taking the drug should see their doctor about treatment.

"Our primary concern continues to be patients with type 2 diabetes, and we are making every effort to ensure that physicians in Europe and the U.S. have all the information they need to help them understand how these regulatory decisions affect them and their patients," said Dr. Ellen Strahlman, GSK's chief medical officer, in prepared remarks.

These new restrictions are in response to data that suggest an elevated risk of cardiovascular events, such as heart attack and stroke, in patients treated with Avandia, the FDA said in its statement.

The drug works with diet and exercise to improve glucose control in patients with type 2 diabetes.

The FDA now requires GSK to develop a risk access program for the drug under a risk evaluation and mitigation strategy (REMS). Under this program, Avandia will only be available to new patients if they are unable to control glucose on other medications and are unable to take pioglitazone (Actos), which is the only other drug in the class. Patients who currently use the drug are able to continue using it if they choose to do so.

"The agency anticipates that the REMS will limit use of Avandia significantly," the FDA said.

"Allowing Avandia to remain on the market, but under restrictions, is an appropriate response, given the significant safety concerns and the scientific uncertainty still remaining about this drug," said Dr. Janet Woodcock, director of the FDA's Center for Drug Evaluation and Research, in a statement.

This past summer, the FDA ripped apart the primary study that looked at the drug's safety and effectiveness, called RECORD.

"[RECORD] was inadequately designed and conducted to provide any reassurance about the [cardiovascular] safety of rosiglitazone," wrote the FDA's Dr. Thomas Marciniak of the group's cardiovascular and renal products division in July.

In addition to its announcing restriction of the drug, the FDA also ordered the pharmaceutical giant to put together an independent group of scientists to once again review key aspects of RECORD. The FDA said it may take additional actions after the independent re-analysis of RECORD is completed.

The FDA also stopped GSK's clinical trial TIDE and canceled the regulatory deadlines for completion of the trial, which compares Avandia to Actos and to standard diabetes drugs.