CT scans may be used to predict heart disease

CT scans may be used to predict heart disease 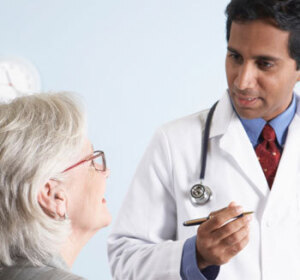 Incidental findings from routine diagnostic computed tomography exams may help radiologists identify people with a high risk for cardiovascular disease, according to a study published online and in the November issue of Radiology on Tuesday.

Not only has the use of chest CT increased in the past 10 years, but image quality has also improved significantly, according to the researchers, led by Dr. Martijn Gondrie of the Julius Center for Health Sciences and Primary Care at the University Medical Center Utrecht in the Netherlands.

“In the last decade, image quality of chest CT has improved considerably,” said Gondrie in an e-mail to DOTmed News. “As a consequence, ancillary findings are more and more encountered in daily routine care. The clinical relevance of such ancillary information is largely unknown, leading to uncertainty on how to handle unrequested findings.”

The study is part of the Prognostic Value of Ancillary Information in Diagnostic Imaging (PROVIDI) project, which aims to investigate the relevance of incidental findings of chest CT.

In his research, Gondrie and his team developed prediction models that incorporated incidental aortic findings detected on a chest CT.

From a larger pool of patients who underwent diagnostic, contrast-enhanced chest CT for something unrelated to cardiovascular disease, the researchers included a representative sample of 817 patients, plus 347 patients who experienced a cardiovascular event during an average follow-up period of 17 months.

The patients were given scores for incidental aortic abnormalities found on the images, including calcifications, plaques, elongation and other irregularities, the researchers said. Other factors included the patient’s age, gender and why the patient was undergoing a CT exam.

The researchers reported that individual aortic image characteristics have a prognostic effect in terms of CVD occurrence, which could be used as an alternative to existing prediction models to identify patients with a high risk of CVD in a hospital setting.

Male patients who were older — the average age was 69 — were more likely to develop CVD.

Godrie said he wasn’t surprised by the findings because certain markers that indicate cardiovascular risk — blood pressure, age, gender and lipid levels — affect body parts that can be seen in routine scans.

“The fact that [the findings] could also be used as marker[s] does not surprise me,” he said.

“The prediction model that we presented, incorporating aortic calcifications, age, gender and CT indication, is reliable, requires minimum viewing time and can simply be used by radiologists in daily routine clinical care to identify patients at high risk for cardiovascular disease,” said Gondrie. “Absolute risks from our model are obtained free of cost, without extra radiation exposure and can be implemented in CT reports.”

Similarly, in a study published Monday afternoon, researchers from the Mayo Clinic in Minnesota reported that incidental findings detected in medical imaging exams, including CT, during research trials could help patients and their doctors decide on a course of action.

While incidental findings would seem, to some, to be helpful for patient care, Gondrie isn’t so sure.

“They are not always a good thing as far as I can say after this study,” he said. “I can imagine that some of the unrequested information on diagnostic chest CT [scans] is useless and not predictive for future events and can be interpreted as natural variations of aging.”

Further, researchers from previous studies have pointed out that incidental findings could lead to unnecessary testing.