Breast tomosynthesis on verge of U.S. approval, but questions linger 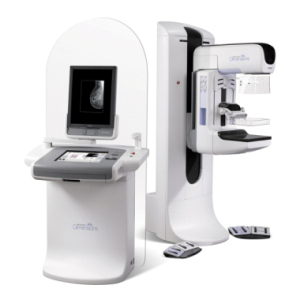 Hologic Inc.'s breast tomosynthesis device received near-final U.S. Food and Drug Administration approval, and is poised to become the first such device to be sold in America.

The 3-D breast scanning technology aims to improve detection of cancer by revealing cancerous masses hidden by overlying breast tissue, but some experts say not enough published data exists to determine how useful the technology will be.

Plus, there are concerns about how it will fit into existing workflows.

"We do have a responsibility to be very careful when we're introducing new technologies, that we have the data to support that it is better for patients," said Dr. Wendie Berg, a breast imaging consultant with the American College of Radiology Imaging Network in Maryland.

Bedford, Mass.-based Hologic said Tuesday it received an "approvable" letter for the Selenia Dimensions 3-D digital mammography system from the FDA. This means final approval will come once the agency makes sure the company's manufacturing plant is up to snuff.

The technology is already available in Europe from Hologic and other manufacturers, including Siemens Healthcare. It works by spinning around the breast in an arc and taking multiple snapshots, then reconstructing all the slices into a 3-D image.

Proponents of the technology tout improvements over 2-D digital mammography in detecting cancerous masses in breasts that could be obscured by overlapping breast tissue.

"Because you can, in effect, see through tissues on top of other structures, that makes it easier to see the edges of masses," Berg said. She said based on data presented by Massachusetts General Hospital, but never published, the technology could improve cancer detection by about 10 percent.

Also, the hope is that the technology could reduce the recall rate - that is, the number of women called back for a follow-up exam based on ambiguous findings.

Berg said recall rates vary by doctors, centers and patient populations, but early research suggests with tomosynthesis the rate could fall from about 10 percent to around 6 percent. "It's an important decrease," she said, as the harms due to false positives were one of the issues raised by a controversial government task force on mammography last year.