With new name, Epoka Medic Mission strikes out on its own

With new name, Epoka Medic Mission strikes out on its own 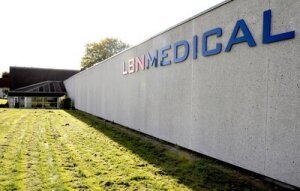 From the November 2011 issue of HealthCare Business News magazine

Epoka Medic Mission, a Danish dealer of used medical equipment, forged a reputation for honesty and ethics so strong it was nicknamed "Saint Epoka." In an industry where reputation, and by extension one's name, is a company's most valuable asset, why, this month, did Epoka announce it would scrap its old handle and start going by LBN Medical?

The answer, it seems, is LBN and its parent company, Epoka Group, an IT firm, were headed in different directions, and both decided they needed their own identity to have stronger brands for their customers.

"We got a little bit too famous," joked Mehdi Smail, CEO of LBN Medical, when DOTmed News spoke with him by phone this week.

While the new name was announced this month in a company newsletter, the actual moving apart of the two companies has been going on for over a year. Formally, the companies became separate legal entities in 2010, Smail said. And in August, they moved out to their own place, in Aalborg, a city on a northern wedge of the Jutland peninsula, about 16 miles away from Epoka's original headquarters, in Pandrup.

The growing apart of the two companies is somewhat a product of the younger medical firm's success, Smail said.

Epoka Group was founded in the early 1990s, as the IT boom was taking off. In 2003, it launched the used medical business. At first the medical group just occupied a corner office in Epoka's headquarters. But it grew rapidly, and by 2007, the team had to rent out an external warehouse, a little over a mile down the road, to accommodate all the equipment. This also led to difficulties, Smail said: an internal company survey found the separate warehouse -- about a 15-minute walk away from the offices -- was ranked as the number one obstacle by employees to getting their work done.

Epoka Medic Mission kept hiring more people, too. The firm now -- including its foreign offices -- has about 35 employees. The IT company has 50, which made space tight in the shared space. "The set up was not ideal anymore," Smail said.

So the medical group cast about for a new place, eventually, in August, settling into a 21,500 square-foot facility in Aalborg. There are no more one-mile hikes, either: the new place features integrated offices, warehousing and a customer showroom. And their new home city, Denmark's third-largest, also makes it easier to recruit (the University of Aalborg is nearby).

But the companies aren't completely divorced. Lars Braun Nielsen, the founder of LBN Medical and one of LBN's three co-owners, is still a partner at Epoka. And Jan Brandrup, Epoka's founder, is an owner of LBN Medical, with Smail, the company's third co-owner. Nielsen, by the way, was the medical group's CEO until May, when he stepped down to manage CT and MR sales, and was replaced by Smail.

With a new name and new digs, the plan now is to specialize, concentrating more on modalities and models they know best, Smail said. For one, the company is shoring up its refurbishment know-how, and has become a refurbishment center for Toshiba Europe, repairing and reassembling the OEM's CTs and ultrasounds for resale. It's trying to move deeper into growing markets, too. Late last year, for instance, it opened up a new office in Russia, to take advantage of the booming trade there and in Eastern Europe. Similarly, it's forming partnerships with imaging centers in Romania and has even begun putting out feelers in Argentina, to expand in South America.

"We were a little before like an inexperienced entrepreneur, trying everything everywhere," Smail said. "Epoka 2010 was like this. But LBN 2012 is a company with a very focused brand, and much more control."