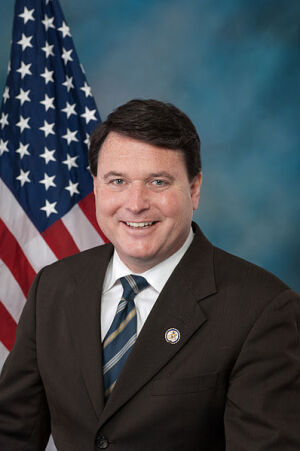 Rep. Todd Rokita
The medical device industry, unsurprisingly, really hates a 2.3 percent excise tax that's going into effect next year. Industry groups and companies have warned for months that if the tax should drop in January 2013, as planned, it could drive jobs overseas as firms scramble for ways to control costs.

But as the tax date draws nearer, the opposition's growing louder.

Last week, the Internal Revenue Service released its proposals to implement the tax, which will collect upwards of $20 billion over 10 years. And a Bloomberg BNA post on Monday said this move would galvanize the tax's opponents. That seems to be happening.

On Monday, 75 freshmen congressional Republicans wrote a letter to House GOP leadership asking them to bring to the floor H.R. 436, the Protect Medical Innovation Act of 2011, which would repeal the tax. The bill, introduced in January 2011, is the brainchild of Rep. Erik Paulsen, a Republican who hails from Minnesota, a med tech hub and home to industry giants like St. Jude Medical and Medtronic. The bill currently has 228 cosponsors, all but a handful of whom are Republicans, according to GovTrack, and it's still working through committee.

"We must act now to repeal this onerous and irresponsible tax. With so many jobs hanging in the balance, this should not be a political issue," write the lawmakers, led by Todd Rokita, a first-term Indiana Republican.

The letter cites claims made by Stryker Corp. in November that it was slashing 5 percent of its global workforce, partly in response to the tax. It further argues that as the tax only applies to sales, not profits, it will fall heavier on small businesses, what the letter-signers dub the "engine of the American economy."

"As the vast majority of Republican freshmen in the 112th Congress, we believe this is exactly the kind of bill we were elected to pass," they write.