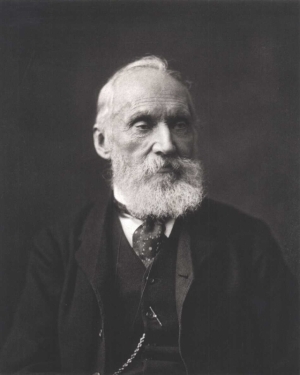 In the U.S., Fahrenheit is a temperature scale we use when making our plans for the day – whether it’s impacting what we’re wearing to work or deciding if the weekend will be an ideal time to head to the beach. It’s strange to think there was ever a time when it wasn’t around. This month in medical history marks the birth of a household name: Daniel Gabriel Fahrenheit.

In May 1686, Fahrenheit was born in the Polish city of Gdansk (then the Royal Prussian city of Danzig) to a wealthy family. But riches could do little to rescue his unfortunate parents — Daniel and Concordia Schumann Fahrenheit — one fateful evening when disaster struck. A feast of poisoned mushrooms would abruptly claim both of their lives, rendering Fahrenheit an orphan at the age of 15. But even faced with this tragic turn of events, the child rose to greatness.

The first pit stop on his path was Amsterdam, the Netherlands, where he was apprenticed as a merchant’s bookkeeper. It was there, four years later, that Fahrenheit’s interest in scientific instruments would germinate after discovering Florentine thermoscopes. Santorio Santorio had invented this primitive version of the modern thermometer around sixty years before, in Italy. Instantly recognizing the thermoscopes as inconsistent and also quite unscientific, Fahrenheit became fascinated with improving upon these instruments. So much so, that he hastily opted to ditch his apprenticeship and borrow against his inheritance to focus on his dream job as a thermometer maker.

But this was easier said than done. Fahrenheit was only 20-years-old and would not be considered a legal adult until he was 24. This meant he was to spend the gap in-between dodging the Dutch police who had a warrant for his arrest. As a fugitive he moved about a great deal, traveling to Holland, Germany, Denmark, Sweden and Poland. During that time, he continued to study and learn – risking everything for his dedication to thermometers.

Fugitive Fahrenheit’s main objective was to make thermometers and their temperature assessments standardized and reproducible for the first time. Fahrenheit began experimenting with the use of materials that were affected by changes in temperature.

Over the next seven years, he tinkered and toiled, devising an alcohol thermometer scale. This was based on three points: A certain salt-water mixture’s freezing point was used as zero; water’s freezing point was defined as 32 degrees, which resulted in the boiling point of water at sea level being 212 degrees; while he called body temperature 96 degrees, a tad lower than actual body temperature of 98.6 (he came to 96, as this was eight times twelve – he utilized a twelve-point scale with zero, four and twelve as benchmarks and put eight gradations in each large division).
1(current)
2

Read more stories from the May 2012 issue