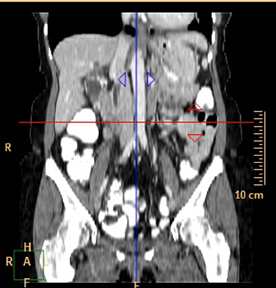 CT colonography image
Courtesy RSNA
No one wants to prepare for a colonoscopy, but when patients were given the option of a virtual colonoscopy over a traditional one, screening compliance rates shot up, a new study from the Journal of the American College of Radiology found.