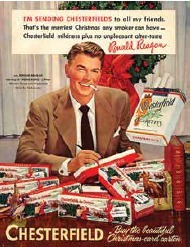 In 1900, there were only 140 known lung cancer deaths recorded in medical literature. By the 1920s, doctors began noticing a sharp spike in lung tumors. In between, in 1913, Camel cigarettes launched its first major ad campaign and smoking rates skyrocketed, but it wasn’t until 1950 that researchers confirmed the connection.

Scientists began questioning the link between tobacco and lung cancer as early as 1898. In that year, a German medical student suggested that tobacco dust rather than smoke was to blame for high lung cancer rates in a tobacco factory. German researchers continued to investigate the link through small population studies in the 1930s. Then, on May 27, 1950 the first study to definitively link the rise in lung cancer to tobacco smoking was published in the Journal of the American Medicine Academy. Morton Levin, then the director of Cancer Control for the New York State Department of Health, measured the prevalence of lung cancer in Buffalo, N.Y., patients between 1938 and 1950. He concluded that smokers were twice as likely to develop lung cancer as non-smokers.

After that day in May, four more patient surveys along with animal studies came to the same conclusion: the rise in lung cancers in the beginning of the 20th century was directly connected to cigarette smoking. In 1954, a study concluded that smoking 35 or more cigarettes per day increases one’s odds of developing lung cancer by a factor of 40. In the same year, the American Cancer Society’s National Board of Directors announced “without dissent” that “the presently available evidence indicates an association between smoking, particularly cigarette smoking, and lung cancer.”

The first animal studies linking tobacco and cancer were performed early in the 20th century with “tobacco juice,” followed in 1931 by a study that showed that condensed tobacco smoke would cause tumors when smeared on a rabbit’s skin. A 1953 study, featured in Time magazine, showed that tumors would grow on the skin of rats where cigarette smoke tars were spread. That study in particular brought national attention to the link, and smoking rates dropped. Unfortunately, cigarette company ad executives quickly developed winning campaigns that brought numbers right back up. Smoking rates continued to rise until dropping in 1982.
1(current)
2