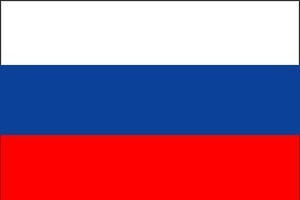 The medical imaging equipment market in Russia is poised for growth as the country moves toward a more modern and privatized health care system. According to the market research firm Frost & Sullivan, demand for medical technology in the country is growing at a compounded annual growth rate of around 14 percent with nearly one million more procedures done today than 10 years ago.

"Expenditure on health care — as a segment of overall household consumption — has nearly doubled in the past five years," said Reenita Das, a partner at Frost & Sullivan, during a webinar on Russia's soaring health care market.

Putting its money where its mouth is, the Russian government has earmarked billions of dollars to improve the country's health care facilities, which includes updating old imaging equipment.

"Equipment needs replacing and facilities have been granted state budgets for this," said Das.

The equipment market in Russia was worth $1.2 billion last year. Frost & Sullivan analysts found that on average, 50 percent of the equipment in use was obsolete and needed to be replaced with more high-end equipment.

"The 1.2 billion is split between general X-ray and ultrasound," said Siddharth Saha, research director for health care in the European market at Frost and Sullivan. Saha suspects that hospitals will mostly be looking to upgrade these modalities.

Private medicine was slowly introduced in Russia starting in 1990. Before that, public health care was the only option for residents. Consequently, more advanced modalities, such as CT and MR scanners, are being used in private hospitals as specialties such as oncology and cardiology grow. Saha said the billion dollar imaging equipment market in Russia is also being driven by sales across these higher-end modalities.

Although private health care is in a nascent stage, Russia has received attention from international and domestic investors who see the potential for a high return on investment. The most ambitious project is a planned joint venture between Sberbank, one of the largest banks in Russia, and the U.S.-based Johns Hopkins Hospital to funnel $1.2 to $1.5 billion to a medical cluster outside of Moscow, which will include hospitals, clinics, and educational facilities.

Saha warns that although income has grown in the double digits and Russians are demanding high quality health care, there's going to have to be calibration of pricing for the Russian market. "You have to be sensitive on the price, that will always be a challenge in this market," he said.

Over the years, Russia has slowly become a manufacturing center for pharmaceuticals. The hope is that this trend will continue for medical technology — and it could also help lower the price on expensive equipment. According to Saha, some tier one companies have already set up manufacturing facilities in Russia for certain imaging equipment modalities prior to the government's plan to foster innovation and manufacturing in-country.

"When it comes to high end capabilities, they are not known for that, so we think this technology transfer will go a long way," said Saha.