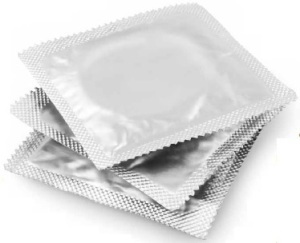 From the January 2014 issue of HealthCare Business News magazine

At the height of the AIDS crisis in the ‘80s, amid an atmosphere of widespread panic, a few practical-minded civic and health officials thought the gravity of the situation called for a different approach.

So it was on January 20th, 1987 that a San Francisco television station for the first time agreed to accept condom advertisements to combat the spread of the disease.

This milestone might sound surprisingly recent, especially since the country had already underwent its famous sexual revolution back in the ‘60s. But the truth is, the United States held on to a surprisingly regressive policy around the visibility of contraceptives — and condoms in particular — well into the ‘80s.

This is even more surprising considering the widespread proliferation of condoms in 19th century America. Charles Goodyear’s method of vulcanizing rubber, invented in 1839, had led to a spike in condom production. By 1870 condoms were available for purchase through numerous outlets, including pharmacies, doctors, drug suppliers, dry-goods retailers, and mail-order houses. In fact, sexual products were openly sold and distributed for most of the century.

The fun ended in 1873 with the advent of the Comstock Law, which forbade the circulation of “obscene” materials in the mail. Under the law’s broad definition of the term, this included anything from outright pornography to educational materials to contraceptives of all kinds, including condoms. Violating the law was punishable by a six-month minimum prison sentence.
Though condom sales continued to grow through the ‘60s and ‘70s, prudishness prevailed when it came to their presence in advertising. In the late 1950s, the American National Association of Broadcasters banned condom advertisements from national television. This ban was later brought to an end by an antitrust lawsuit filed by the U.S. Justice Department.

But it wasn’t until the AIDS epidemic that condoms became a more visible and mainstream presence in the public eye.

The Comstock Law reared its ugly head again when Youngs Rubber Company (precursor to what is now known as Trojan Condoms) mailed educational pamphlets on AIDS to U.S. households in the ‘80s. The postal service took them to court and challenged their legal right to do so, citing the law, but the U.S. Supreme Court finally ruled in 1983 that this was a violation of the First Amendment.
Ultimately, condom visibility gained traction in the U.S. because health officials were able to recast condoms as a tool of disease prevention rather than birth control. With the AIDS crisis, the national conversation and media coverage around sex began treating it as a serious public health issue rather than as a salacious distraction. It ultimately paved the way for franker, more honest discussions around the subject — or at least parts of it.

Discussing the condom’s role in disease prevention has largely become a non-issue, but condoning its use for pleasure, or purely for birth control, is still a point of controversy because of lingering religious and moral hang-ups in certain political corners. Up until a few years ago, there were still restrictions around Trojan ads being shown at certain times of day.

And in 2007, Trojan famously shopped around a special-effects laden commercial that advised viewers at the end to, “Evolve. Use a condom every time.”
Fox and CBS both rejected the commercial. In an alarming echo of the bygone days of the Comstock Law, Fox wrote a letter to Trojan advising that, “Contraceptive advertising must stress health-related uses rather than the prevention of pregnancy.”

We’ve only evolved so much, it seems.