A pioneer of obstetrics, shrouded in controversy 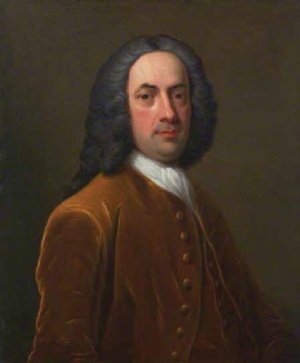 From the March 2014 issue of HealthCare Business News magazine
Ask any practicing obstetrician across the pond about Dr. William Smellie, and you will hear words of praise and aspiration. Smellie is often referred to as the father of British obstetrics — he was the first to teach obstetrics and midwifery on a scientific basis and is credited with establishing obstetrics as a separate discipline from surgery. He also popularized the use of obstetrical forceps and standardized the rules for using the instrument during childbirth. But centuries after Smellie’s death, some scholars are questioning the integrity behind his accomplishments.

William Smellie was born in Lanark, Scotland on February 5, 1697. He served as an apprentice to a local apothecary and as a surgeon’s mate at sea before getting his medical license from the University of Glasgow. He began practicing medicine in Lanark in 1722, taking a special interest in midwifery. Smellie stayed in Scotland for 19 years, keeping careful records of all of his cases. He then moved to South London, where he hoped to perfect his midwifery practices in the poorer areas of the city.

In addition to helping women deliver, Smellie also taught obstetrics. To help aid in instruction, he built a life-like obstetrical mannequin. According to his own records, Smellie offered 280 courses to more than 900 students, demonstrating delivery techniques in the homes of more than 1,000 women.

Smellie was the first physician to accurately describe the passage of the fetal head through the pelvis, laying the ground of scientific obstetrics. He helped proliferate the use of forceps, teaching his students when and how to safely use the instrument during deliveries. Smellie was also the first doctor to resuscitate a newborn infant by inflating the lungs; he used a female catheter to blow air into the infant’s mouth. “I repeated the inflation at several intervals, until the child began to breathe,” Smellie wrote, “and it actually recovered.”

Smellie published his extensive research and best practices in three volumes that became the most authoritative obstetrics text of the 1700s. He also published a large set of detailed anatomical tables. The anatomical accuracy of Smellie’s materials helped many physicians and their patients, but new research claims there is a gruesome reason behind its level of detail — it was possible because Smellie ordered the murders of pregnant women and studied their corpses.

A respected historian shared this astonishing claim in the Journal of the Royal Society of Medicine in 2010. The study accused Smellie and his contemporary, Dr. William Hunter (who helped deliver the baby that would grow up to be king George IV), of ordering the murders of about 40 pregnant women and their unborn children between 1749 and 1755. Driven by rivalry, the historian claims, Smellie and Hunter hired henchmen to carry out the murders and then used the corpses to study the effects of pregnancy on the body and practice secret caesarean sections on the freshly murdered victims, who were mostly young women from the countryside. It was only in 1755, when the rumors of the murderous doctors began circulating, that Smellie and Hunter stopped their killing sprees.

Although shocked by the claims of this historical investigation, many present-day scholars and physicians are skeptical of its validity. Some find it hard to believe that two physicians dedicated to making the practice of obstetrics safer resorted to ordering the brutal murders of their would-be patients. Today, the study continues to be a topic of debate among medical scholars and clinicians.

As for the good doctor’s end, Smellie suffered from asthma and in 1759, he handed over his teaching responsibilities to another doctor and returned to Scotland with his wife. (Perhaps because of the nature of his profession, Smellie never had children of his own.) He died at home at the age of 66 on March 5, 1763. Today, admirers can pay a visit to this British pioneer of obstetrics at a state-run graveyard in Lanark.