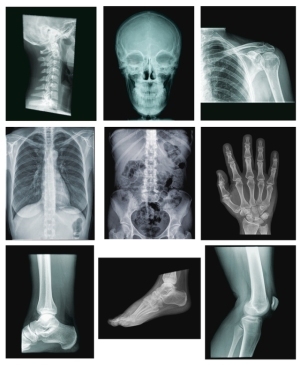 The International Day of Radiology (IDoR) celebrates a topic that is usually reserved for a select audience, and aims to make it relatable for everyone.

An initiative of the ESR, ACR, and RSNA, the IDoR celebrates the legacy of Wilhelm Conrad Röntgen and raises public awareness on the significance of his contributions to mankind. On November 8th it will have been 119 years to the day since he discovered X-rays.

In the spirit of the occasion, DOTmed News has compiled a few of the more exceptional chapters in the history of radiology.

Röntgen discovered X-rays by accident. In the process of trying to re-create an experiment by Phillip von Lenard, he stumbled upon a new kind of light which, in the mathematical designation of the unknown, he called "X." In the ensuing days, Röntgen slept in his laboratory and spent his waking hours trying to understand the mysterious properties of his discovery. A couple of weeks later, Rontgen took an X-ray photograph of his wife's hand, who exclaimed upon looking at it, "I have seen my own death!"

In the name of decency

For the general public, the ability to peer "inside" the body while keeping it completely intact stirred the imagination in perhaps misguided ways. As early as 1896, a London company was advertising X-ray proof underwear in Electrical World magazine. That same year, legislation was submitted in New Jersey to prohibit the use of X-ray glasses at the Opera. Sixty years later, X-ray glasses remained standard fare in the back pages of comic books.

In 1896, about one year after Röntgen's discovery, Thomas Edison was conducting his own X-ray experiments using a fluoroscope. When U.S. President William McKinley was shot in the stomach, Edison was called upon to send an X-ray machine to locate the bullet. The physicians treating McKinley had no luck finding the bullet on their own, but when the machine arrived they determined his health was too poor to undergo X-ray. McKinley's wound ultimately proved fatal.

The dangers of radiation poison were unknown at that very early time and Edison's assistant, Clarence Dally, willingly underwent countless hours of exposure, unaware of its effects. By 1900 Dally's health began to deteriorate and by 1904, after a series of amputations, he died at the age of 39. Dally's misfortune would serve as an early cautionary tale for radiologists. Edison himself would back carefully away from radiology saying, "Don't talk to me about X-rays. I am afraid of them."