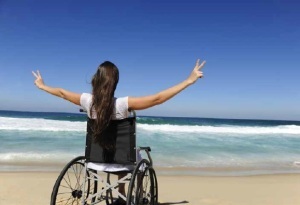 From the January 2015 issue of HealthCare Business News magazine

One Florida doctor has seen the face of medical tourism from both sides. Dr. Dror Paley, a Canadian-born orthopedic surgeon, has invented many of the treatment protocols for limb lengthening. Patients — many children with birth defects — travel from all over the globe to seek his help. He and a second surgeon perform difficult specialty procedures on more than 1,000 patients a year at their south Florida clinic.

However, 10 percent of his operations are on adults who want to be taller for cosmetic reasons. Insurance does not cover most cosmetic surgery, so they pay out-ofpocket. By Paley’s estimation, his is one of the largest, if not the largest, medical tourism practices in the world. His ought to be a model for medical tourism, but so far, it hasn’t worked out that way.

For decades, medical tourism has promised to be a potent disrupter to the continued high cost of the current U.S. delivery system. The idea is that health care would become so price-sensitive, patients would leave their community — and even country — to travel abroad to seek care, often in tourist destinations, for a lower price. Paul Keckley, a leading health care futurist, less than a decade ago famously predicted that medical tourism would reach 35 percent market penetration. In recent years, he and other experts have kept revising their estimates down as medical tourism market penetration languishes.

In the past, these market experts have attributed this lack of growth to several factors. These include reluctance by employers, who bear the insurance costs for so many, to push for it with their health insurers. And most U.S. citizens, especially seniors, don’t want to travel abroad for care. And there are concerns about non-clinical medical tourism facilitators arranging care. Beyond these challenges are the conflicts arising from different attitudes about health-record privacy around the globe, notably issues with HIPAA — the Health Insurance Portability and Accountability Act. But some countries are developing solutions to the challenges and making progress nonetheless.

Consumer reluctance was clearly found by a Deloitte 2012 survey, where Keckley was executive director of Healthcare Solutions until 2013, that revealed Americans were less likely than citizens of any other country to go for foreign care. The idea of medical tourism may be a popular concept with health care professionals, but consumers are wary and just not that interested.

“I estimate that no more than 2 percent of U.S. and Canadian inpatient hospital stays are at overseas hospitals on any given day as medical tourists,” says Dr. Maria Todd, of the Mercury Advisory Group, which consults across a wide range of health care delivery models, such as concierge medicine, accountable care organizations and managed care.
1(current)
2
3
4