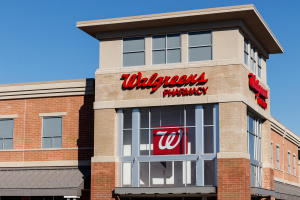 The Walgreens-owned primary care company announced the news on November 7, confirming earlier reports of a potential deal, and says the two will create a multipayer platform for delivering quality, affordable care to all patients.

Together, they are expected to create one of the largest independent provider groups in the U.S., valued between $5 billion and $10 billion, and employ more than 680 providers in 26 markets.

“Summit Health-CityMD has been a leader in delivering coordinated, multispecialty care for decades. We are honored to work side-by-side with their 13,000-strong workforce who are passionately committed to delivering the best outcomes for millions of patients,” said Tim Barry, CEO and chair of VillageMD, in a statement.

Formed in 2019, Summit Health-CityMD has over 2,800 providers at more than 370 urgent care and clinic locations, with a strong presence in the Northeast and Oregon.

Walgreens more than doubled its ownership in VillageMD last year from from 30% to 63% with a $5.2 billion investment. With it, VillageMD operates 150 clinics and will expand this number to 200 by the end of 2022. It also manages a few hundred others without Walgreens.

“Adding our expertise and geographic coverage to VillageMD’s proven value-based primary care approach will enhance the lives of so many patients and physicians across the country, helping to lower healthcare costs and improve the health of our communities,” said Summit Health-CityMD CEO Jeff Alter.

Walgreens Boots Alliance will invest $3.5 billion into the acquisition to accelerate its profitability in U.S. healthcare. It will remain the largest and consolidating shareholder of VillageMD with approximately 53% ownership, and will raise its U.S. Healthcare fiscal year 2025 sales goal from $11 billion to $12 billion, to $14.5 billion to $16 billion.

Cigna Corporation’s health services organization, Evernorth, will be a minority owner in VillageMD.

The deal is subject to an applicable waiting period under the Hart-Scott-Rodino Antitrust Improvements Act of 1976, as amended.

It is expected to be completed in the first quarter of 2023.