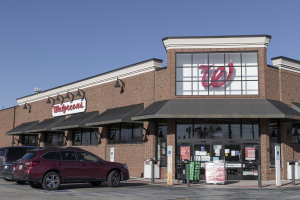 Walgreens-backed VillageMD is reportedly in talks to acquire Summit Health.
Primary care provider VillageMD, which Walgreens has a majority stake in, is discussing potentially acquiring medical group Summit Health and creating a combined company worth between $5 billion and $10 billion.

A deal could be reached in the next few weeks or collapse, people familiar with the matter told Bloomberg, which first reported the news. No deal has currently been agreed upon.

Walgreens more than doubled its ownership in VillageMD last year from from 30% to 63% with a $5.2 billion investment. The two operate 150 clinics and plan to expand to 200 by the end of 2022. VillageMD also runs a few hundred others without Walgreens.

Summit Health was formed in 2019 through the merger of Summit Medical Group and CityMD, and has over 2,800 providers working in more than 370 urgent care and clinic locations throughout the Northeast and Oregon.

A deal would cover Walgreens on “all bases,” following its $392 million investment in October 2022 to acquire the remaining shares of CareCentrix, a post-acute home care company, according to Insider Intelligence.

“We see the CityMD urgent care arm of Summit Health as being particularly attractive, given how much care is shifting toward outpatient settings. This trend is being driven by consumers seeking convenient and affordable care,” wrote digital health analyst Rajiv Leventhal, of Insider Intelligence, in a report.

Urgent care visits, on average, cost $171, nearly ten times less than ER visits, at $1,646, according to an April 2021 study published in Health Affairs.

This, along with COVID-19 testing and treatment, drove U.S. urgent care volumes up 31%, from 2019 to 2022, while ER visits remain 30% below pre-pandemic levels, according to Trilliant Health’s 2022 Trends Shaping the Health Economy report.

But urgent care is not as affordable as retail clinic care, and up to 27% of ER visits could be performed at either, according to previous research. Both are more accessible, compared to ER facilities.

Walgreens is already expanding healthcare services, having launched Walgreens Health last year with VillageMD and CareCentrix, making it the first national pharmacy chain to offer full-service primary care with primary care physicians and pharmacists co-located at its stores at scale.

“It wouldn’t surprise us to see Walgreens parlay these moves into a virtual health acquisition. The company acknowledged in its last two quarters’ earnings calls that it could soon strike a deal for a health tech-enablement asset,” wrote Leventhal.