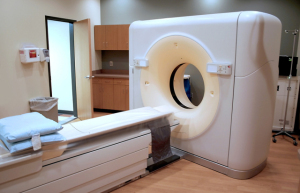 XR-29, MITA's latest dose related standard, may require one in three CT scanners in the U.S. to be replaced if the facility wishes to receive full CMS reimbursement on select procedures. The fourth standard of its kind to be released since 2010, XR-29 lays out four qualifications a modern CT scanner should meet. As of last spring, Congress incorporated those standards into an SGA law that will go into effect in 2016.

The requirements are: Automatic exposure control (AEC) to access radiation dose in real-time, built-in adult and pediatric protocols for the operator to choose from, MITA Dose Check for automatic notification of when scan settings are likely to exceed dose thresholds, and DICOM (Digital imaging and communications in medicine) SR (Structured Reporting) to incorporate dose history into the patient record.

If those four features are not present, the facility using the scanner will be docked five percent of their reimbursement on certain procedures. In 2017, that cut jumps to 15 percent.

MITA, a division of NEMA, estimates that one in three CT scanners in the U.S. will need to be replaced if the facility wishes to be compliant with their standard. Of the remaining two-thirds, an estimated 60 percent will require software upgrades.

DOTmed News checked in with Gail Rodriguez, MITA's executive director, who credited the FDA as a major driver in making sure the standard will actually be used by providers. She said the CT OEMs have also been doing everything they can to educate their customers on whether or not their system is compliant.

While it's a move toward big data, smaller doses, and greater transparency, some important questions remain regarding how CMS will implement the regulations. "Around the first of the year we are going to meet with CMS and have some suggestions, or at least help talk through the implementation process," said Rodriguez, who stresses the simplicity of the four necessary items as a benefit.

Meanwhile, the recent trend toward iterative reconstruction in CT does not factor into XR-29, but it does provide an excellent way to lower the amount of radiation a patient receives. At RSNA, DOTmed News sat down with Eyal Aharon, the CEO of MedicVision; the company that manufactures SafeCT. "It works in the background," said Aharon, "It's an image processing machine that sits in the data system and serves the organization."

One step at a time

Rodriguez agreed that iterative reconstruction was an excellent way of reducing dose, and may factor into future updates to XR-29, but adding it as a fifth requirement now might be overdoing it. "At this point we wanted to make sure that we got people used to the idea that they need to employ these techniques," said Rodriguez, referring to the four items.
1(current)
2