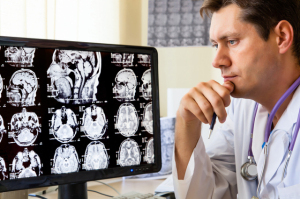 Typically, younger people are more willing to sing the praises of high technology. In health care, at least where advanced imaging and primary care physicians (PCPs) are concerned, that may not be the case.

In fact, although most PCPs recognize the value of advanced imaging, older doctors see a greater potential than their younger colleagues, according to a study published in the Journal of the American College of Radiology.

The findings suggest that, "those practicing for less than 20 years had trained with ready access to advanced imaging, versus those who presumably have practiced without ready access to the advanced imaging modalities of MRI, CT and PET," Christine Hughes, principal at Hadley Hart Group, and lead author of the study, told DOTmed News.

When asked if advanced imaging could replace invasive procedures, 69 percent of physicians with less than 20 years of practice agreed. Among physicians with 20 or more years of experience 84 percent agreed.

Hughes suggested that recalling an era before advanced imaging could make the more experienced PCPs stronger endorsers of the newer technology.

"The younger physicians attach more value to the practice-efficiency issues, such as enabling the PCP to see more patients, or patient-centric issues like the ability to communicate on a visual level with the patient," said Hughes.