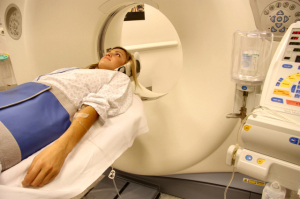 Experts predict a modest spike in global CT sales in the coming years. A report from Kalorama Information has announced the projected growth at 5.5 percent globally, toward an estimated total value of $5.1 billion in 2018.

The company estimates that the global CT market was worth $3.9 billion in 2013 and $4.1 billion in 2014. And although the medical device market in general has not seen anything resembling the kind of growth it saw a decade ago, market analysts say the numbers are promising.

DOTmed News spoke to Bruce Carlson, publisher of Kalorama Information, about the findings.

"We've been watching [the CT] market for a while," said Carlson, "This is one of the faster growing areas of imaging. Even with the dosing concerns it's still used greatly."

And those dosing concerns are partly responsible for the sunny market forecast. NEMA Standard XR-29 is the four-point dose compliance regulation being implemented by the U.S. government. If a facility in the U.S. does not meet the standard by 2016 it will cost them 5 percent of their payments on certain scanning codes. The following year, that reduction jumps to 15 percent.

Kalorama estimates around 6,000 CT scanners are currently in use in the U.S. and while many of them are already compliant, some can be made compliant with software upgrades and others will need to be replaced entirely.

Whether or not that number will go up significantly, as older systems are replaced in the interest of compliance, remains to be seen. In any case, XR-29 compliant scanners are good news for patients, and as the global CT market improves, more patients will receive responsible treatment.