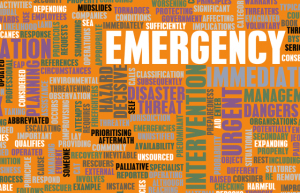 A New Jersey veterinary hospital's MRI exploded on Friday around noon, as three construction workers were disassembling the unit for replacement.

At the time of the explosion there were roughly 60 animals and 100 staff members in the western part of the Oradell Animal Hospital, where the explosion took place. Some of those animals were undergoing operations when it happened.

The explosion caused a portion of the hospital's roof to collapse. All three construction workers were injured in the blast, one of whom is in critical condition at Hackensack University Medical Center.

According to news reports, the hospital employees staged a fast and efficient evacuation. Some animals were taken to neighborhood stores for temporary shelter while others with more urgent medical needs were taken to other veterinary hospitals. No animals or hospital employees were injured in the explosion, and the following statement was posted to the facility's Facebook page:

"All of our employees, clients and patients were carefully evacuated out of our building today due to the explosion. Each and every one of our employees worked together during the situation and they all get a great big thank you. A huge thank you goes out to our partners: Bergen police and emergency units, Animal Control, HoHoKus Animal Hospital, Park Ridge Animal Hospital, Franklin Lakes Animal Hospital, Ashley Pochick from Merial, and Mangiamo! Pizza on Route 17. We thank everyone very, very much."

The hospital was established in 1961 and, according to its website, is one of the largest and most technologically advanced veterinary facilities in the world.