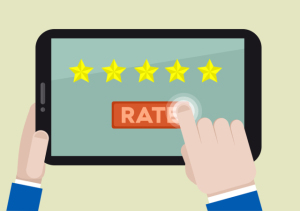 Of the hospitals earning top marks, (four to five stars) roughly 67 percent of them were physician-owned facilities.

"The numbers are [dramatic] but not surprising – physician-led health care delivers high-quality results," stated Dr. Blake Curd, president of Physician Hospitals of America (PHA), in a statement. Dr. Curd added, "When you couple patient satisfaction with CMS quality data, there is no doubt patients do much better when they are treated at a physician-owned hospital."

Hospitals with physician ownership comprised seven of the top 10 and 43 of the top 100 hospitals in the country in the Hospital Value-Based Purchasing Program – the CMS program that measures the quality of care at hospitals.

Physician Hospitals of America is appealing to Congress to change existing law so that hospitals with physician ownership can once again expand to meet the growing demand for healthcare services in their communities.

CMS has been using HCAHPS to gauge patient satisfaction since 2006. The survey takes into account a variety of factors ranging from staff responsiveness, to quality of explanations, to facility cleanliness. The survey is administered to a random sample of patients throughout the year, and the new outcomes were recorded between July 1, 2013, and June 30, 2014.