What stole the show at Medical World Americas 2015? 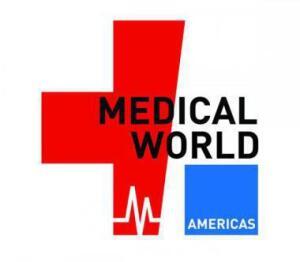 #MedWorld2015
The second annual Medical World Americas (MWA) conference is officially in the books. Innovators from all sectors of health care are now departing from Houston, having discussed not only the myriad problems in the industry today, but what's being done to solve them.

There was a collaborative spirit at MWA that you don't typically find at some of the larger trade shows. While that atmosphere was owing in part to the relatively small scale of the event, it also had to do with the emphasis on sessions and presentations at the show.

By speaking with the organizers, DOTmed News came to understand that the vision for MWA is not the same as Messe Dusseldorf's flagship event, Medica. Where Medica is designed to bring together exhibitors and innovators the world over, MWA has a domestic emphasis. World issues are addressed, but the conversation is rooted in the U.S. and is largely informed by the world's largest medical center, the Texas Medical Center.

Unleashing the value in data

One of the most scrutinized topics at MWA was big data. Like the integrated hospital that will so artfully utilize it, big data still appears to many like an unfulfilled fantasy. Finding ways to leverage the potential of data is of crucial importance. As PricewaterhouseCooper's Larry Hanrahan put it in his keynote, "Data is the new Oil."

And like oil, tapping into data and reaping its benefits presents complex challenges. Dr. Clifford Hudis, from the Memorial Sloan Kettering Cancer Center in New York, outlined this problem in a presentation on ASCO's CancerLinQ; an informatics system which aims to bring the value in cancer data to the surface.

Hudis said approximately three percent of adult cancer patients participate in clinical trials. Without digging into the remaining data, that leaves the other 97 percent sort of like islands of diagnostic insight unto themselves. Hudis also pointed out that the average patient is rarely made aware of this.

As an example of what big data utilization could mean to health care, Hudis made an example of Vioxx, an FDA approved medication that was eventually found to cause a two-fold increase in myocardial events. It took 61 months to figure that out, but with complete analytics on all patients taking it, those negative effects might have been discovered in as little as 8-10 weeks.

A lot of the conversation at MWA was devoted to ways of responsibly implementing telemedicine into hospital systems that are wasting resources on improperly utilized emergency departments. Telemedicine has the potential to reduce crowding, lower treatment costs, and reduce workload on emergency department physicians.
1(current)
2