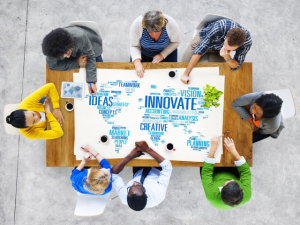 Royal Philips has a few big ideas for the future of health care. By inking a $25 million partnership with the Massachusetts Institute of Technology (MIT) and relocating its research hub to Cambridge, the company is making big investments in those visions.

DOTmed News spoke to Henk van Houten, executive vice president and general manager of Philips Research, about the kind of innovations the company will be focusing on. He said that although the details are still being defined, certain areas of interest have emerged.

Patient monitoring is one area in which the alliance hopes to pioneer change. Taking valuable diagnostics out of the general ward and into the real world has presented challenges to the health care industry, as data overload and alarm fatigue often dilute the value of the information.

With MIT, Philips hopes to create meaningful algorithms and actionable alerts that simplify patient monitoring. Part of that goal means, "tracking health deterioration prior to events happening," according to van Houten. Seamless third-party data flow and interoperability are another part of that goal, pointing toward a future where patients can monitor their own health independently.

Another area where Philips sees a lot of untapped potential is ultrasound; an imaging modality that has benefited in recent years from a trend toward tablets and cloud-based platforms. "We think we can can make ultrasound part of the tool kit of the primary care physician and turn it into a monitoring modality," said van Houten. One example he gave was using ultrasound to monitor the possible formation of a blood pool in a new mother who gave birth via C-section.

Lighting solutions are another major part of the collaboration with MIT. "LED has lead to energy efficient lighting, and you can integrate electronic functionality at almost zero cost to every light point," said van Houten. Eventually, "we will be able to create intelligent connected lighting solutions for smart cities."

With the help of these research initiatives, Philips has set a goal for itself to improve the lives of 3 billion people a year by 2025. The company outlines the quantification of those objectives, as well as the progress being made, on their website.

On the decision to leave Westchester, NY, van Houten said, "In the past you isolated researchers somewhere remote and pleasant and waited for them to come up with something."

The necessity for patient care integration is one factor van Houten said is changing that model and raising the bar for collaborating from the ground up. Cambridge has what he called, "a thriving innovation ecosystem" and the new Philips research center will be within walking distance of the MIT campus.