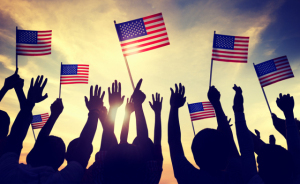 As the U.S. braces itself for a ruling on King vs. Burwell — a Supreme Court case that could topple the Affordable Care Act — a new bill has surfaced that may hamper health reform by softening self-referral limitations.

Since being introduced in House on May 21 by Rep. Sam Johnson, R-Texas, the Promoting Access, Competition and Equity (PACE) Act has not received a lot of media attention. It has however, sparked concern with a number of hospital associations, including the American Hospital Association (AHA), who together signed a statement connecting the proposed legislation to self-referral and the destabilization of health care.

"Physician self-referral is the antithesis of competition," AHA executive vice president Rick Pollack wrote to the House Ways and Means Committee. "It allows physicians to steer their most profitable cases to facilities they own." Meanwhile, those facilities and the communities they serve depend on hospitals for providing the emergency care they cannot provide.

The bill can be read online, but a summary has not yet been provided. Reading the document itself is challenging because it is built on revisions to prior legislation, and DOTmed News was unable to reach Johnson for comment.

Dr. Bruce Haffty, chairman of the American Society for Radiation Oncology (ASTRO) Board of Directors, told DOTmed News that previous legislation sympathetic to self-referral has sometimes been championed in the interest of lower costs through competition.

Legislation of this nature may also appeal to people wanting freedom from what may be perceived as "excessive" regulations from the government that restrict market activity, said Haffty.

Whether or not the PACE Act was designed in the interest of those ideals, Haffty could not say. "My understanding," he added, "is that it would ultimately result in steering patients away from hospital facilities and toward physician-owned facilities — which raises the cost of health care."

According to Pollack's letter, "[The PACE Act] is bad policy that would result in additional gaming of the Medicare program, jeopardize patient access to emergency care, potentially harm sicker and lower-income patients, and damage the safety net provided by full-service hospitals."

"We know the concept of self-referral is not in the best interest of evidence-based decision-making in medicine," said Haffty, who is hopeful that the letter from the hospital associations, combined with the overall political climate, will be enough to keep the legislation from getting very far.