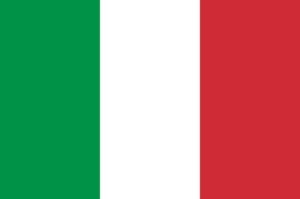 By adding IBSL to their business, Pantheon is making progress with its geographic and modality growth strategy, which has been in place since August 2014 when the company formed around the acquisitions of Asteral Limited and MESA Group Holdings.

MESA and IBSL have had a working relationship since 2012, and that familiarity may have played a role in the transaction. "They used to subcontract with us for radiological equipment and they handled biomedical themselves," Rob Piconi, group CEO of Pantheon, told HCB News.

According to Piconi, there were four key factors that made IBSL a good fit for joining Pantheon. A shared culture of customer focus and quality, a wide range of biomedical technical competence, a strong supply chain, and their scale.

With over 60 million residents, Italy is a key market in European health care. It has also been historically receptive to broader value propositions, which makes it a country where independent servicer organizations can potentially make a big impact, according to Piconi.

IBSL has been in business since 1997 and is a leading clinical engineering service provider in Italy. "To know how to change and evolve is fundamental, in products, services, and also in the structure of the company," said Sergio Giglio, company co-founder, in a statement.

Since its inception one year ago, Pantheon has completed acquisitions of MVS in Poland, Spintech in Turkey, and Sigil in France.