Study reveals which specialties get the most money from device, drug companies 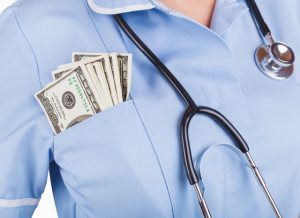 Internal medicine physicians and orthopedic surgeons received $111 million each from pharmaceutical and medical device companies at the end of 2013, totaling more than $475 million in payments to doctors from the industry during that time, according to a study of the Open Payments database managed by the Centers for Medicare and Medicaid Services.

Researchers from the University of California, San Diego School of Medicine analyzed the database, a mandate of the Affordable Care Act called the Physician Payment Sunshine Act, that requires manufacturers to report payments made to physicians or teaching hospitals, as well as any ownership or investment interests that physicians have in the companies. They compared payments and investment interests among various specialties during the last five months of 2013 and the results were published online this week in the journal Mayo Clinic Proceedings.

“The Sunshine Act, which was passed under the Affordable Care Act, was really transformative in terms of transparency,” the principal investigator, Dr. Jona Hattangadi-Gluth, a radiation oncologist and chief of the central nervous system tumor service at UC San Diego Health, told HCB News.

Pharmaceutical companies and medical device manufacturers must report the payments — which include consulting and speaking fees, meals, travel expenses and research grants — to the database, and the physicians then confirm the information. The researchers separated general and research payments, with 10 percent, or $45 million of the $475 million amount, earmarked for research. The study did not look at payments to institutions.

The biggest payments to doctors, according to the study, were for compensation for services ($113 million, or 24 percent), royalty and license payments ($107 million, or 22 percent) and consulting fees ($94 million, or 20 percent). More than 80 percent of the records were payments for meals.

Cardiovascular and gastroenterology specialists were among those that received the most payments, 78 percent and 68 percent respectively, according to the study. Orthopedic surgery, neurosurgery and neurology had the highest mean value of general payments per physician, and the authors said that this was likely because these doctors generally depend more on expensive devices and equipment for their procedures, and because physicians have become more involved in drug and device development.

“Even though in some specialties the average payment is very high, that seems to be driven by only a few physicians within that specialty,” Hattangadi-Gluth said.
1(current)
2