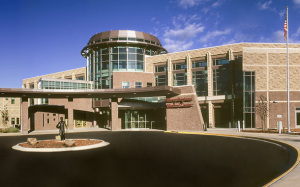 Courtesy: Mercy Regional
Medical Center
Citing her own experience recovering from a brain tumor as a calling, Tamra Lavengood, MSN, CPC Coordinator and Clinical at Centura Health’s Physician Group, jumped at the chance to find a way to better deliver primary care to high-risk patients. She made her comments in a presentation at HIMSS titled “Comprehensive Primary Care: Our Success Story.”

Working with a newly acquired primary care group at the 82-bed Mercy Regional Mercy Medical Center in Durango, CO, they were one of nearly 500 hospitals in four states that participated in a CMS Comprehensive Primary Care Initiative (CPCI) demonstration project. The resulting $1.3 million in savings corresponded with a drop in hospital admissions and ER utilization.

“We think we know what patients want, but we don’t,” said Lavengood, stressing that patient insight – from forming a patient advisory committee to providing them with a say in their treatment — were big contributing factors in organizing the initiative strategies.

However, the key to the CPCI was their development of the Mercy Adult Risk Stratification Tool (MARST) for adults and children. The MARST organized nearly 15,000 patients into one of six severity categories with corresponding care protocols for each group. Level 1 patients were low risk who could be seen once a year. Level 6 patients, on the other hand, were at risk of dying in the next year.

“We discovered that our 20 percent of sickest patients accounted for 80 percent of our costs. This held true at both the seven thousand data sort and at the full sort of nearly 15,000 patients,” said Lavengood. She also said another surprise after reviewing all the literature was that that in developing the MARST, 71 percent of the determination of risk factors was physician and nursing intuitive, rather than from data from the EHR.

The project was successful. At the end of the first year: they netted a $1.3 million savings based on per member payments; reduced the 30-day readmission rate by 30 percent; lowered hospital admission from the ambulatory site by eight percent; and lowered ER utilization by five percent.

The project will end funding this year but Colorado has received $75 million in funding to continue the initiatives in some form. Lavengood said the point is that now they’ve learned how to implement population management, and that's a major part of the equation.

Echoing the priorities of so many attendees at HIMSS this year, Lavengood said, “We participated in this project because we have to get ready for the switch in payment from fee-for-service to fee-for-value."