Evidence accrues for SBRT over conventional radiation for prostate outcomes 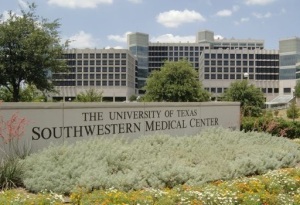 Courtesy: University of Texas
Men are getting good news when it comes to determining the best options for treating prostate cancer, according to a five-year study of Stereotactic Body Radiation Therapy (SBRT) conducted at University of Texas Southwestern Medical Center. The study — the first trial to publish results over that length of time — revealed better than expected outcomes.

“We were surprised by the 98.6 percent cure rate. We did not expect to have such high numbers at five years,” Dr. Raquibul Hannan, assistant professor of radiation oncology at UT Southwestern Medical Center's Harold C. Simmons Comprehensive Cancer Center in Dallas, and lead author of the study, told HCB News. “We were expecting to find numbers around 90 percent, with the main advantage of maximizing the patient convenience of five treatments compared to the 44 treatments required for conventional radiation therapy.”

Out of the 91 patients treated in the study, only one patient experienced a recurrence of his cancer. The study reported that doctors examined the patient carefully and realized that the failure was outside the radiation field. “This suggests that even in this patient, SBRT likely did its job of killing the cancer, but the cancer probably already had metastasized outside of the radiation field,” Hannan said.

The SBRT treatment of prostate cancer with a biogradable, injectable spacer gel to protect the rectum is now the standard of care at UT Southwestern, and it is offered to all eligible low- and intermediate-risk (stage I and II) prostate cancer patients routinely even outside of the clinical trial setting.

“We believe that this noninvasive, effective, convenient and relatively safe treatment option is the future of prostate cancer treatment,” Hannan said.

For high-risk patients where treatment of a larger field (including pelvic lymph nodes) is necessary, the SBRT five-fraction treatment is only available via a clinical trial that is currently enrolling patients at the institution, said Hannan. “We believe that this trial will also be successful in demonstrating the safety and efficacy of this approach for high-risk patients. However, this remains to be seen,” he added.

In the short term, SBRT side effects can include urinary issues and rectal irritation, which are often temporary and reverse within four weeks of the treatment. Erectile dysfunction was seen in 25 percent of patients, fewer than with conventional radiation or surgery, and there was a small risk of longer term urinary or rectal complications, according to Hannan.

Another benefit of using SBRT is increased patient convenience — which sometimes translates into feasibility. Some patients that are coming in from remote locations would not have been able to receive this treatment if it had not been given in five fractions.

“Less anxiety is also involved since the PSA response for this form of treatment is much faster, and within a few months after treatment there is already a significant drop in PSA. The cost of this is less than half of the 44 fraction treatment,” he said.

“Making patients and their care providers aware of the findings of this and other related studies is certainly going to be crucial. It is also clear that this is just one study with 91 patients. We will ideally need to have more studies with thousands of enrolled patients to be able to confirm this finding,” he said.

Hannan explained that they are now applying this SBRT technique to early stage kidney cancer in an ongoing clinical trial at his medical center. “We believe this will be an available option for patients in the future,” he said.