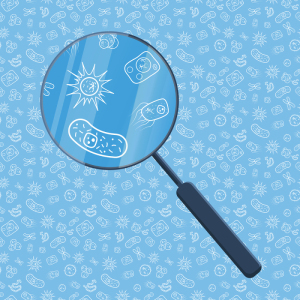 'A total failure of the system,
from top to bottom'
An investigation into patient infections from medical scopes at Huntington Hospital in Pasadena, Calif., found that more patients had been infected by bacteria on the scopes than previously reported. The latest information in a Pasadena Public Health Department report disclosed that 16 patients were infected by bacteria on the scopes, including 11 who have since died.

While it is unclear if the infection was a factor in the deaths — many of the patients had serious illnesses including cancer — the findings of the ongoing investigation show that, in general, the number of patients infected by dirty medical scopes is underreported, Lawrence Muscarella, a medical safety consultant in Montgomeryville, Pa., told The Los Angeles Times.

“This shows a total failure of the system, from top to bottom,” Muscarella told the newspaper.

The Pasadena Health Department’s report blamed the design of the scope used in the cases and the hospital’s infection control procedures. For example, the investigation found the hospital was using canned compressed air to dry the scopes, which is not recommended by the manufacturer or guidelines.

Huntington hospital officials said they have now changed their practices based on the findings of the report and recommendations from health officials. The Pasadena Health Department said it had found no new cases since beginning its investigation Aug. 19.

The hospital continued its own investigation and found patients with procedures between July 2013 and August 2015 may have been treated with scopes infected by bacteria though not all were sickened by it.

Olympus, the leading manufacturer of gastrointestinal scopes, had recalled another one of its reusable duodenoscopes in January that was linked to outbreaks at two other Southern California hospitals, UCLA Ronald Reagan Medical Center and Cedars Sinai Medical Center. The recalled scope was not the device used in the Pasadena cases.

But the growing number of incidents like those at the Southern California hospitals has led to more attention from Congress and the Food and Drug Administration. An FDA report covering the period of Jan. 1, 2010, to Oct. 31, 2015, found that as many as 350 patients at 41 medical facilities in the United States were infected or exposed to scopes tainted by bacteria, according to CNN.

A Senate investigation released in January noted there were at least 250 scope-related infections at 25 facilities in the U.S. and Europe between 2012 and 2015. The report, “Preventable Tragedies: Superbugs and How Ineffective Monitoring of Medical Device Safety Fails Patients,” found fault with both duodenoscope manufacturers and the FDA after a 17-month lag in alerting hospitals, doctors and the public to the potential risks, HCB News reported in March.

The House Oversight and Government Reform committee has been looking into the problem as part of an inquiry led by U.S. Rep. Ted Lieu, a Democrat from California. In April, Lieu introduced two bills focusing on patient safety, including the DEVICE Act, which require manufacturers to notify the FDA about warnings issued in other countries and when they changed the design or cleaning guidelines on their devices.

Lieu’s legislation would also require the FDA to regulate rapid-assessment tests used by some hospitals after cleaning the scopes to see if there is bacteria growth present.