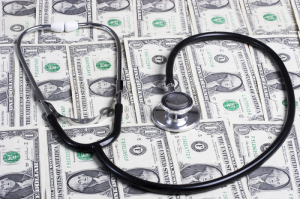 Supply and demand is a key factor
Radiologic technologists have seen a 4.8 percent salary increase over the last three years — raising the average year's pay to $65,756 and only slightly outpacing inflation.

The increase does not fully compensate technologists in this ever-changing profession, Myke Kudlas, M.Ed., R.T.(R)(QM), CIIP, and associate executive director of learning and membership at American Society of Radiologic Technologists (ASRT), told HCB News. The survey — which ASRT conducts every three years in all practices — did not provide any great surprises, he said.

“We have been tracking the wages of medical imaging and radiation therapy professionals for many years, and have seen a flattening of salaries since 2007," Kudlas explained. "The most important finding of the study is that wages remain stagnant."

“Radiologic technologists are continually being asked to do more with less, across the board,” said Kudlas. “There is mounting pressure to keep up with advancing technology, stay in compliance with changing state and federal regulations, maintain certification, learn new modalities, adjust to decreased staffing levels and work in diverse practice settings, all while providing exemplary patient care.”

He compares radiologic technology with consumer technology like cell phones and how they have dramatically changed over the past few years.

“Medical imaging and radiation therapy technology is changing even faster than that, and with no room for error on the part of the operator. Maintaining competence in this field is an ongoing process, especially when you consider that an RT will provide services in a general department, operating suite, emergency department and even in a patient’s room,” he said.

According to Kudlas, one of the largest factors affecting salaries is supply and demand.

“The ability of an RT to be nimble, think critically, and respond to developing situations is generally under-appreciated and under-compensated.”